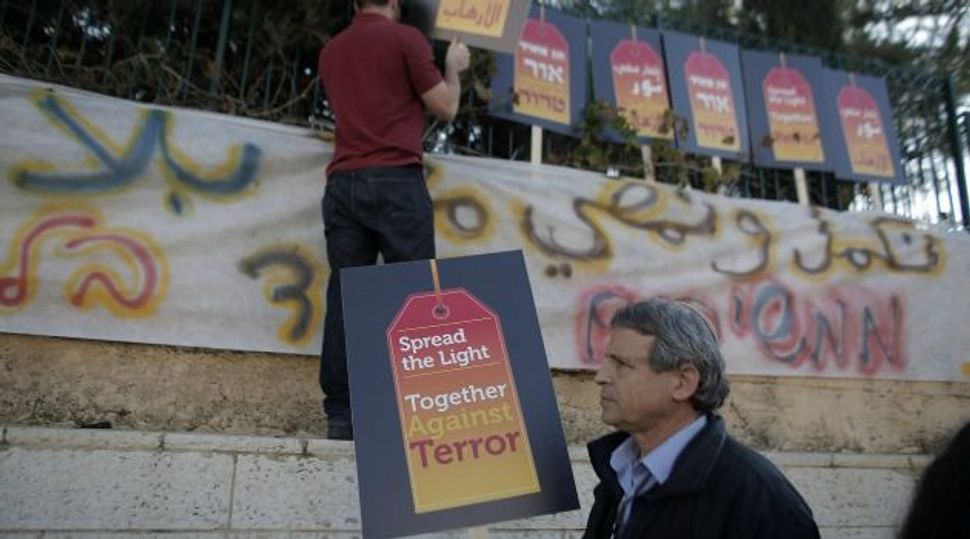 The three suspects who confessed to carrying out an arson attack on a joint Arab-Jewish school in Jerusalem have been identified as activists for a radical right-wing group.

The trio were captured in photos smiling in a Jerusalem courtroom as they appeared to face the charges.

The suspects, named as Yitzhak Gabai, 22; Nahman Twitto, 18; and Shlomo Twitto, 22, from the West Bank community of Beitar Ilit, are part of the Lehava organization, which works to prevent marriages between Jews and non-Jews.

The suspects confessed to the arson, the Shin Bet security service reported.

A fire was set in the classroom of the joint Arab-Jewish Max Rayne Hand In Hand Jerusalem School on Nov. 29.

A preliminary police investigation found that the blaze was set intentionally.

Jewish-Arab tensions have risen in Jerusalem following a recent spate of violence.