Grrr! Pope Francis Didn’t Invite Pets to Heaven After All 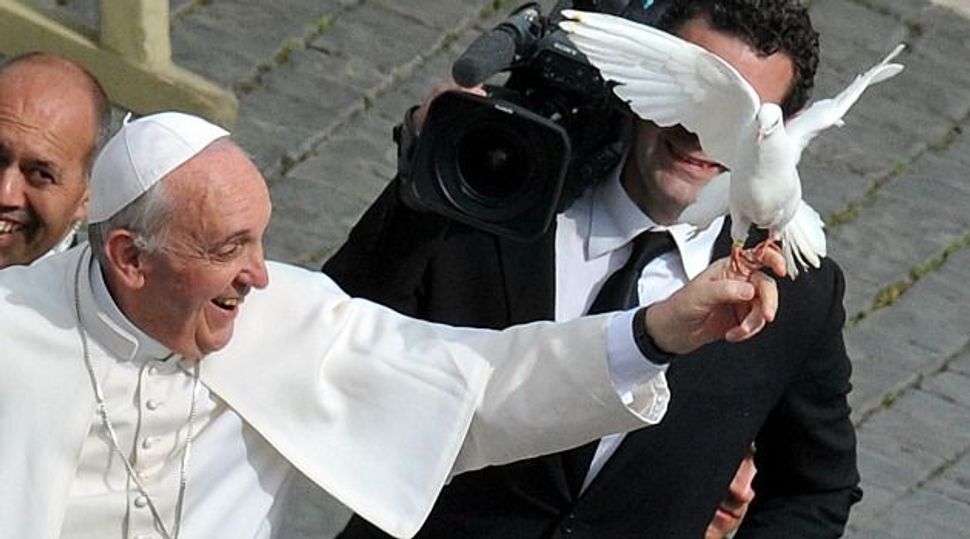 It was a heartwarming story for legions of pet owners and animal lovers around the world.

Pope Francis, talking to a distraught boy whose pet had died, declared there was a place in heaven for the creatures we share our lives with. His comment was reported this week by many news media outside Italy, with dozens of articles in the United States. It was veritable catnip to social media.

However, it turned out the pope had not made the comment.

The news stories were apparently based on a misreading of remarks Pope Francis made at his weekly general audience at the Vatican on Nov. 26 and on a comment that a past pope did make several decades ago.

Pope Paul VI, who died in 1978, once said, reportedly while comforting a child whose dog had died, “one day we will see our animals in the eternity of Christ.”

“There is a fundamental rule in journalism. That is double-checking, and in this case it was not done,” the Vatican’s deputy spokesman, Father Ciro Benedettini, said on Saturday, when asked about how the media ran with the story.

The spokesman said he received a number of calls on the story from outside Italy on Friday and was taken by surprise because he did not recall the pope saying anything like that.

Religion News Service was among the first media to put the record straight. It said in an article published late on Friday that the error appeared to have stemmed from a piece in the Italian newspaper Corriere della Sera on Nov. 27, whose headline was misleading.

The article recounted the pope’s words from his general audience on Nov. 26, when the topic was the transformation of all creation into a new heaven and a new earth. It cited the remark about animals and attributed it to Paul VI, but its headline said “The pope and animals. ‘paradise is open to all creatures.’”

The New York Times, which ran a story on Thursday about the purported comment by Francis, acknowledged its mistake, saying in a correction on Friday that it had misattributed the remark by Paul VI to the current pope.

A spokeswoman for the New York Times did not immediately have any comment.

On its website, CNN also corrected its story, noting the misattribution and saying it was unclear what Francis believes about pets going to heaven. A spokeswoman for CNN had no immediate comment.

Reuters did not publish a story on the remarks erroneously attributed to Francis.

WHAT DOES THE POPE THINK ABOUT PETS?

As for what Francis does think about animals, he has not spoken much about them in public, but Benedettini said that from the general tone of his speeches and gestures “it is clear that he is in spiritual harmony with all of creation.”

The spokesman said the pope was preparing an encyclical that will deal in part with the environment and recalled that a group that looks after stray dogs once brought the animals to his general audience and the pope was pleased.

When he made a Christmas season visit to a Rome parish last year, Francis willingly let a young girl place a lamb on his shoulders as a shepherd would carry it. The pope once told priests that a good pastor should know not only the names of his parishioners but also the names of their dogs, Benedettini said.

Recent popes have said different things about the possible spiritual side of animals.

In 1990, Pope John Paul implied that animals had souls because they too were created from the breath of God. In 2008, former Pope Benedict upset some animal lovers when he said only humans were “called to eternity.”

Grrr! Pope Francis Didn’t Invite Pets to Heaven After All