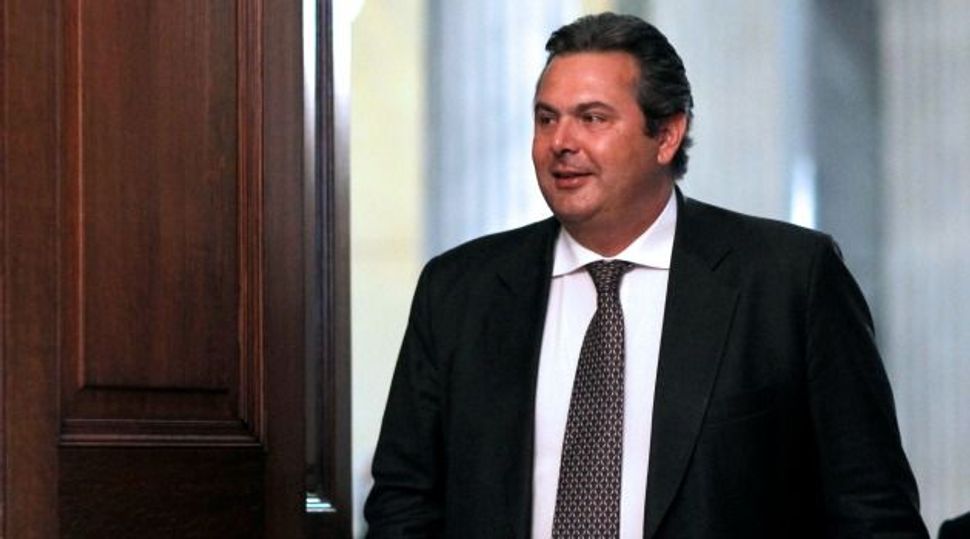 Panos Kammenos, leader of the small Independent Greeks Party, made the comment Monday during an interview on the Antenna television channel.

The Central Board of Jewish Communities in Greece issued a statement in response, saying it “categorically refutes” Kammenos’ comments.

“It is a disgrace that a leader of a party in Parliament does not know that Greek Jews are equal citizens and subject to the all the rights and obligations of every citizen,” the statement said, noting that Jewish institutions were governed by the same tax obligations as the Church.

The Jewish community called on Kammenos to apologize for the “serious anti-Semitic act.”

The comments come days after gunmen opened fire on the Israeli Embassy in Athens, an attack blamed by Greek police on a far-left Greek terror group.

A recent Anti-Defamation League poll found that anti-Semitic stereotypes were widespread in Greece, which had the highest percentage of anti-Semitic views in Europe.