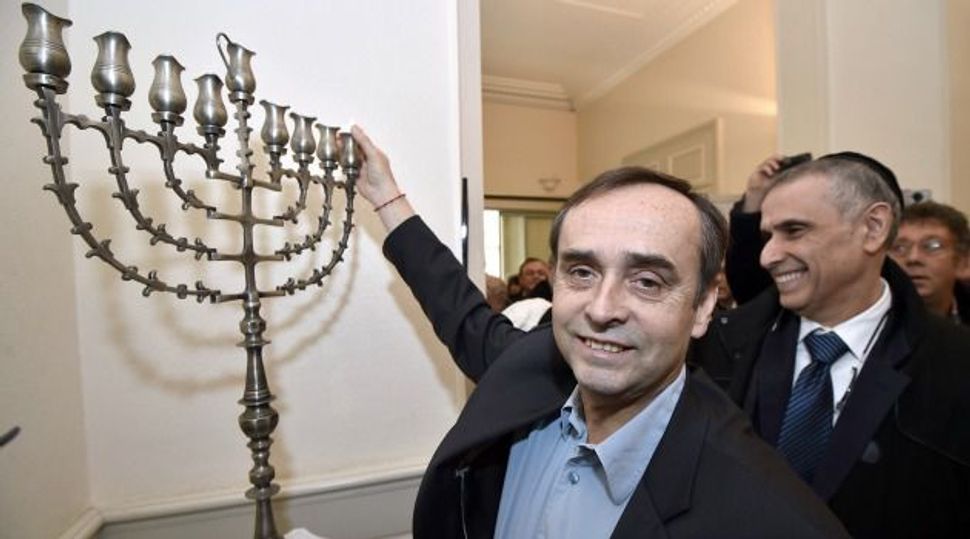 Rush to Aliyah: French Jews are still lighting menorahs this holiday season. But more of them are leaving for Israel than ever before. Image by getty images

Jewish immigration from France to Israel reached an all-time record of 6,655 newcomers, in the first 11 months of 2014.

The figure, which appears in a Jewish Agency document compiled this month, may guarantee that France will be this year’s number one source for aliyah, or immigration by Jews and their relatives to Israel.

Aliyah in the first 11 months of 2014 from France, which has a Jewish community of 500,000, was more than double the 3,191 olim who came to Israel during the whole of 2013 from North America, where over six million Jews live. The figure from North America for this year so far is 3,225.

Immigration from France also surpassed by a large margin the 5,105 olim who came to Israel from Ukraine, a country with an ailing economy due to ongoing and deadly fighting between government troops and pro-Russian rebels.

“There seems to be a momentum for aliyah that is fueling itself in a way within the Jewish community of France,” said Karin Amit, a researcher with the Ruppin Academic Center’s Institute for Immigration and Social integration who has studied French olim.

She said French aliyah is driven by growing anti-Semitism in France and economic considerations, but also by French Jewry’s deep attachment to Israel, Zionism and Judaism. “The pragmatic factors certainly play a role but in surveys olim from France generally cite ideology as their reason for moving to Israel,” she told JTA.

Increase in immigration also was observed in Britain, where the first 11 months of 2014 yielded 573 olim compared to 523 during the whole of 2013. Aliyah from Italy, which totaled 151 last year, doubled this year.

Aliyah from South Africa and Australia, which this year totaled 158 and 171 respectively, dropped by 23 percent and 36 percent from the 2013 totals.