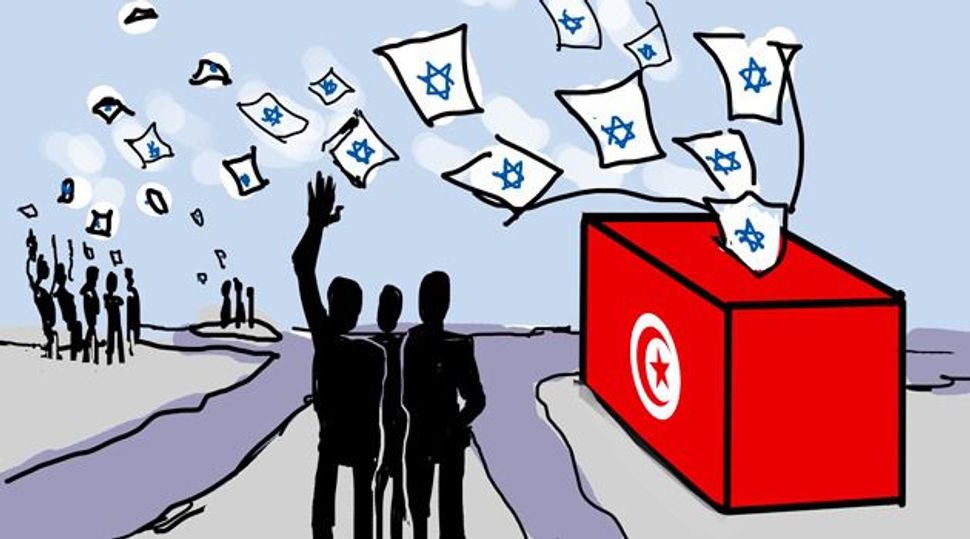 In advance of the second round of Tunisia’s presidential elections, the head of the country’s Jewish community endorsed the campaign of secularist hopeful Beji Caid Essebsi.

Joseph Roger Bismuth, president of the Jewish Community of Tunisia, or CJT, gave Essebsi his support in an interview published Thursday by the news site AfricanManager.com ahead of the Dec. 21 vote.

He is quoted as saying that Essebssi will win the election because “he has worked for a long time for Tunisia and he has many contacts and relations that allow him to work better” than other candidates.

In an interview for the news site earlier this week, René Trabelsi, who heads the Jewish community of Djerba, also endorsed the campaign of Essebsi, who is the leader of the secularist Nidaa Tounes. In October’s parliamentary elections, his party emerged as the country’s largest after it won 86 seats of the Tunisian parliament’s 217.

Bismuth also said that the Islamic Ennahdha party, which after the elections became the country’s second largest, “will complement the next government, and this will serve socio-political stability” in Tunisia.

The Dec. 21 election is the first regular presidential election after the Tunisian Revolution of 2011 and the adoption of the constitution in January. Some 1,700 Jews live in Tunisia, according to the European Jewish congress. The country used to have more than 100,000 Jews.