‘Is It Kosher?’ App Weeds Out the Treyf 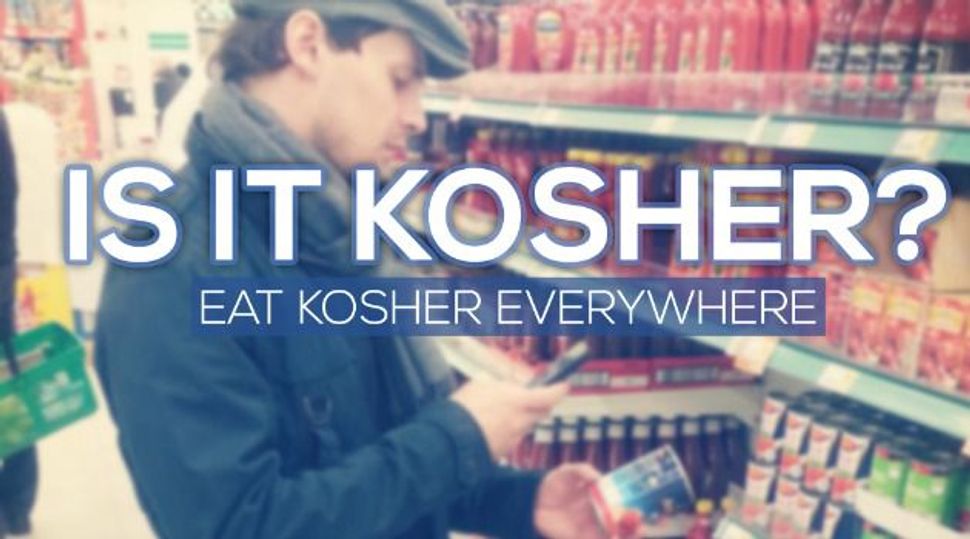 (JTA) — When Haim Grinfeld from Tallinn began keeping kosher, he would go to the supermarket and phone up his good friend Moshe Beshkin, a software developer who is one of a handful of observant Jews living in Estonia.

Haim needed Moshe’s help two years ago because many kosher brands that are sold in Estonia do not carry a kashrut label — a reality that exists throughout Europe.

“I was happy to help,” Beshkin, 37, said, “but it got me thinking about a more time-effective way of getting this done.”

The result was born several months ago, when Beshkin and his friend and associate Yevgeny Levin launched a smartphone application called “Is It Kosher?” that the two developers say is the world’s most comprehensive platform for accessing databases for kosher products all over the world.

Offering information on more than 100,000 products, the free application has been downloaded and installed on more than 20,000 smartphones in over 40 countries in both Android and iOS versions since its launch earlier this year, Beshkin said, and is used monthly by 4,000 unique users.

While kashrut certification agencies offer apps that contain information on the products they supervise, the uniqueness of the “Is It Kosher?” app is that it is the only platform that “makes it possible for user to access various lists of kosher products, different databases essentially, in one application,” Beshkin said.

The result cuts through language barriers — for example by information from the Swiss Jewish community’s German-language app is incorporated into Is It Kosher’s English-language interface.

“An observant Jew would pay more for a product they know is kosher, but this app allows them to search in an accessible way for a cheaper product, and see if that is also kosher,” Beshkin said. “We want this app to help consumers overcome, rather than pay for, some of the kosher food politics.”

Beshkin and Levin designed the app and offered it for download free of charge with support from ROI Community, an international network of activists set up by the Charles and Lynn Schusterman Family Foundation.

The two partners, who have stopped counting how many hours they put into the app, a task on top of their day jobs, say the app will remain free of charge.

But they are looking into other ways of monetizing, for example by offering a paid offline version of their database that users can download before traveling abroad to avoid data usage costs, or incorporating advertisements.

For Beshkin, the app is testament to his small community’s ability to turn a problem born out of adversity — Estonia’s tiny Jewish community of 2,500 is a shadow of what it used to be before the Holocaust and communist repression — into a solution for Jews all over the world.

“For decades, this community was supported by the American Jewish Joint Distribution Committee and platforms like ROI,” he said. “Now, this community is giving something back to the Jewish world.”

‘Is It Kosher?’ App Weeds Out the Treyf