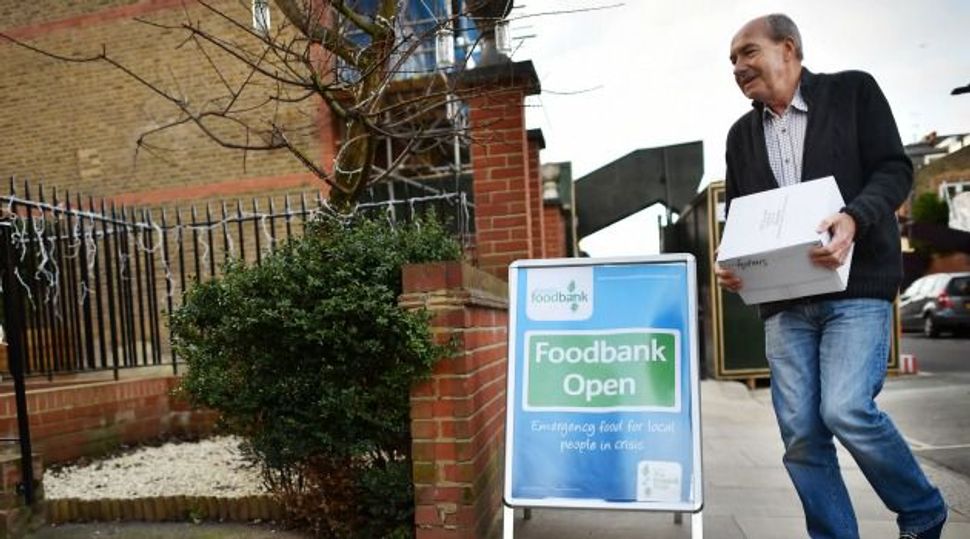 British man delivers food to soup kitchen. Some pro-Israel activists are using the holiday to dent the BDS movement at the same time as they help the needy. Image by getty images

More than 1,000 people in Great Britain donated food and other goods made in Israel to homeless shelters.

IsrAction Day, which was held Sunday, called on shoppers to purchase food and goods made in Israel to counter boycott initiatives, and then to donate them.

Organizers told the newspaper that the food would feed hundreds via three homeless shelters and a soup kitchen.

Non-Jews also participated in the effort, according to the Jewish Chronicle.

“People who were childish enough to suggest all we would be donating were hummus and (the Israeli snack food) Bamba can eat their words,” Raphi Bloom, co-chair of North West Friends of Israel, told the Jewish Chronicle. “We were inundated with the most sensible long-lasting products that are going to support and feed large numbers of people.”