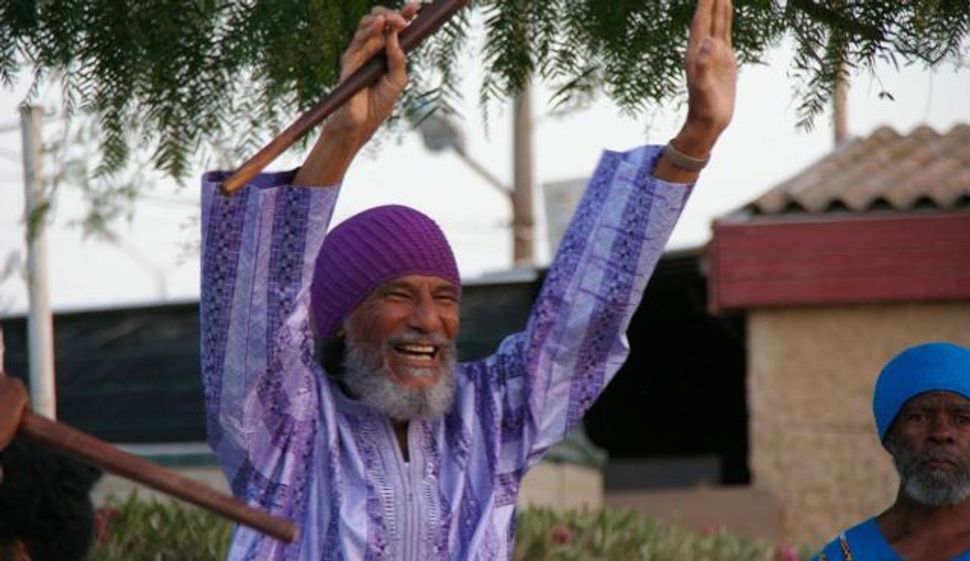 The spiritual leader of an influential group of African-Americans who moved to Israel died Saturday.

Ben Ammi Ben Israel, the Chicago-born leader of the African Hebrew Israelites group that lived in Dimona, Israel, was 75. There was no immediate cause of death, Haaretz reported.

“It was an honor and a blessing to have known him,” Yafah Baht Gavriel, a spokesperson for the community, told the paper. “We will continue to live our lives according to his teachings.”

The death of Ben Israel, known as “Abba Gadol” (Great Father), plunged his followers in Dimona and around the world into a state of shock.

As news spread of his passing, Black Hebrews expressed grief and uncertainty about the future of the community. School was canceled as a sign of respect at the community’s school in Dimona.

Ben Israel was born Ben Carter on October 12, 1939 in Chicago. He led the community to Israel in 1969 after a failed effort to relocate in West Africa.