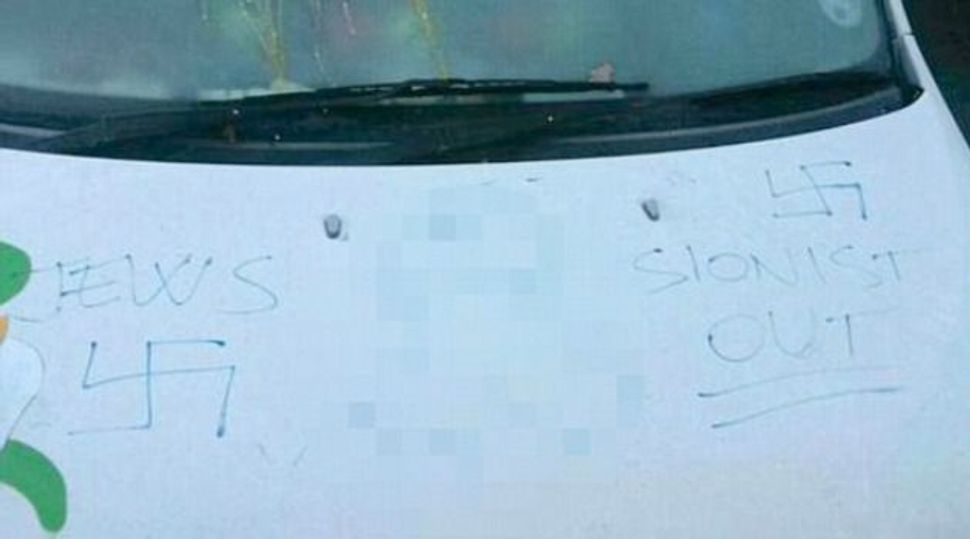 More than 20 cars and buildings in a Jewish community in north London were vandalized with swastikas.

The Nazi symbol was drawn on approximately 27 cars in the Osbaldeston Road area of Stoke Newington on Sunday night, The Daily Mail reported. An unnamed 32-year-old man was arrested in connection with the vandalism Tuesday.

The neighborhood is home to as many as 20,000 haredi Orthodox Jews.

“There is a large Jewish community that lives here with Holocaust survivors and children of Holocaust survivors, and to see swastikas is not a pleasant thing for them,” Meir Taub, a volunteer for Jewish neighborhood watch group Shomrim, told The Daily Mail. “People were shocked, scared and fearful.”

This incident comes just over a week after a primary school and private home in the same neighborhood were defaced with swastikas.