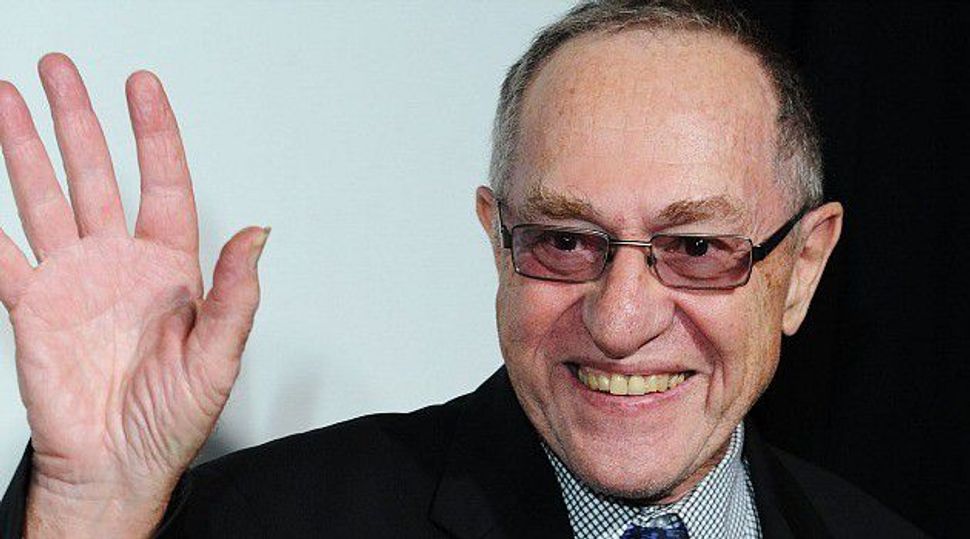 Alan Dershowitz declared “totally, unequivocally and completely false” allegations that he enjoyed sexual services from a minor employed by a friend and client.

“One such powerful individual that Epstein forced then-minor Jane Doe #3 to have sexual relations with was former Harvard Law Professor Alan Dershowitz, a close friend of Epstein’s and well-known criminal defense attorney,” Politico quotes a filing as saying.

“Epstein required Jane Doe #3 to have sexual relations with Dershowitz on numerous occasions while she was a minor, not only in Florida but also on private planes, in New York, New Mexico, and the U.S. Virgin Islands.”

Dershowitz, who helped defend Epstein, said that the allegations are false.

He told Politico that he was not in any of the places at the times cited in the filing, save for one occasion, when he visited Epstein’s private island with his family.

Dershowitz told Politico he planned to seek the disbarment of the two lawyers representing the former staffer.

“I’m planning to file disbarment charges against the two lawyers who signed this petition without even checking the manifests of airplanes or travel itineraries, et cetera,” he said.

The result of the plea deal was that Epstein served 13 months for state prostitution charges in exchange for ruling out prosecution on federal charges.