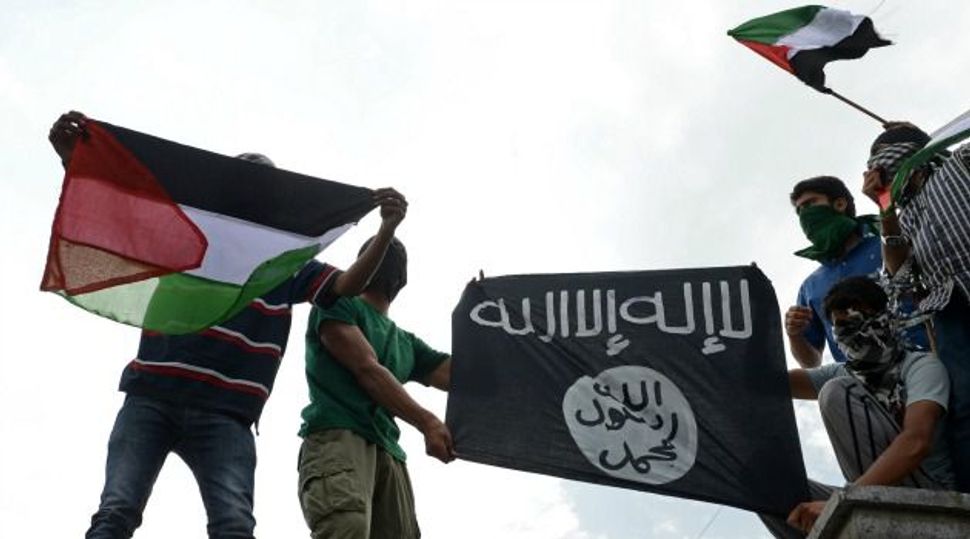 Common Cause? Demonstrators hold up Palestinian flags and a flag of the Islamic State of Iraq and the Levant (ISIL) during a demonstration against Israeli military operations in Gaza. Image by Getty Images

It said the three men, all in their early 20s and from Hebron, were arrested in November and told interrogators they planned to attack Israeli soldiers and a Jewish settler.

The Shin Bet statement described the three as “identifying with” Islamic State, but made no mention of them having left the West Bank to meet with members of the insurgent group.

A Shin Bet official said this was the first case Israel knew of in which Palestinians planned attacks in the name of Islamic State, whose bases in Syria and Iraq have drawn dozens of foreign volunteers, including Palestinians and Israeli Arabs.

The three detainees are to be tried in Israeli military courts. It was not immediately clear from the Shin Bet statement whether they had been assigned lawyers or how they would plead to terrorism charges planned against them.