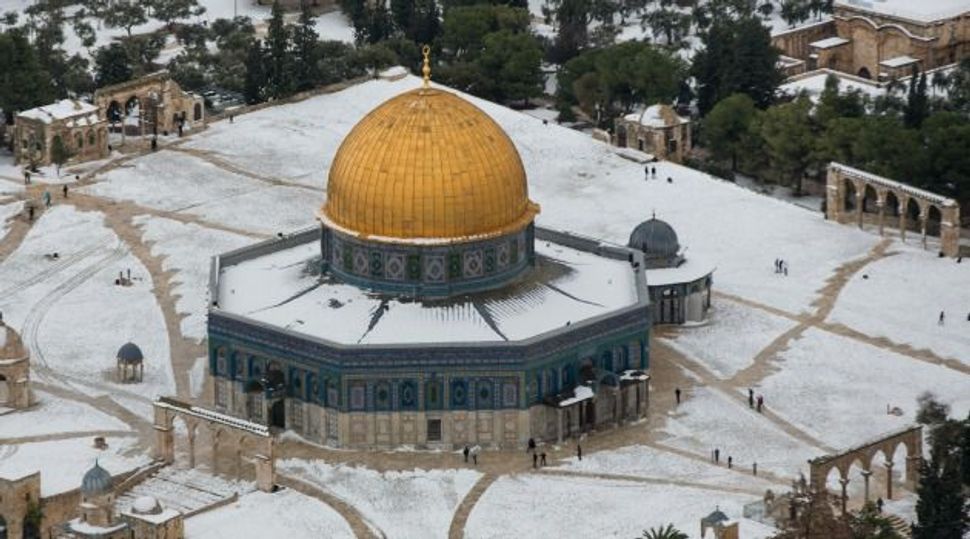 Chilly Holy City: Jerusalem was blanketed by snow in December 2013 — and could see more of the white stuff this week. Image by getty images

The U.S. Embassy in Tel Aviv warned Americans in Israel to prepare for snow and stormy conditions.

Along with the snow, rain, heavy winds and freezing temperatures are predicted for throughout Israel this week. As much as a foot of snow is expected in some areas.

“We advise you to monitor the weather conditions, plan ahead, and prepare for any scheduled travel accordingly,” read the message for U.S. citizens emailed Friday. “Similar weather conditions at this same time of year in 2014 resulted in the closure of major roadways, stranded and isolated motorists, and difficult/perilous travel conditions.”

In Jerusalem, the municipality said in a statement that it was readying for the stormy conditions by removing overhanging branches, repairing roads, and preparing tow trucks and snowplows.