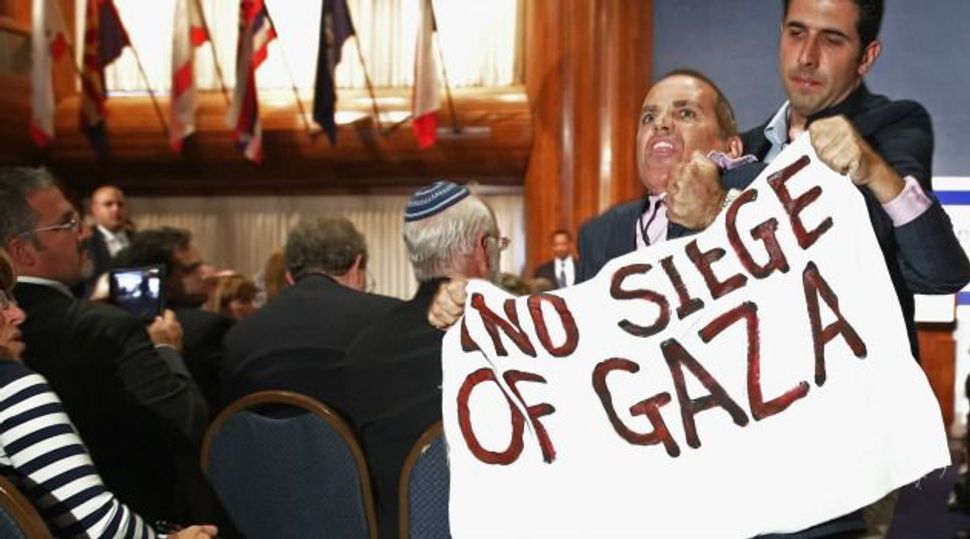 Two protesters were arrested at the McLean, Virginia, home of former Vice President Dick Cheney on Saturday after 20 demonstrators, some in orange prison jumpsuits, walked onto his property to mark the 14th anniversary of the opening of Guantanamo Bay prison.

The protesters from the anti-war group Code Pink walked up to the house before police arrived and asked them to leave, said Fairfax County police spokesman Roger Henriquez. Two members who refused to go were arrested on trespassing charges, he said.

Police identified the two as Tighe Barry, 57, and Eve Tetaz, 83, both of Washington DC. The pair face misdemeanor charges of trespassing and disorderly conduct, police said.

Another Code Pink group demonstrated without incident outside the home of CIA Director John Brennan, also in the Washington, D.C. suburb of McLean, as part of its “Guantanamo Anniversary Weekend Torturers Tour.”

A U.S. Senate report last month said the CIA misled the White House and public about its torture of detainees after the Sept. 11, 2001, attacks and acted more brutally and pervasively than it acknowledged.

Cheney has defended the CIA’s use of harsh interrogation techniques on terrorism suspects in the aftermath of al Qaeda’s hijacked plane attacks, which killed more than 3,000 people in New York and Washington.

The prison at Guantanamo Bay, Cuba, was opened in January 2002 to house suspected militants and still holds 127 detainees, despite President Barack Obama’s pledge to close the facility. Obama continues to face obstacles posed by Congress to the goal of emptying the prison before he leaves office, not least of which is a ban on transfer of prisoners to the U.S. mainland.