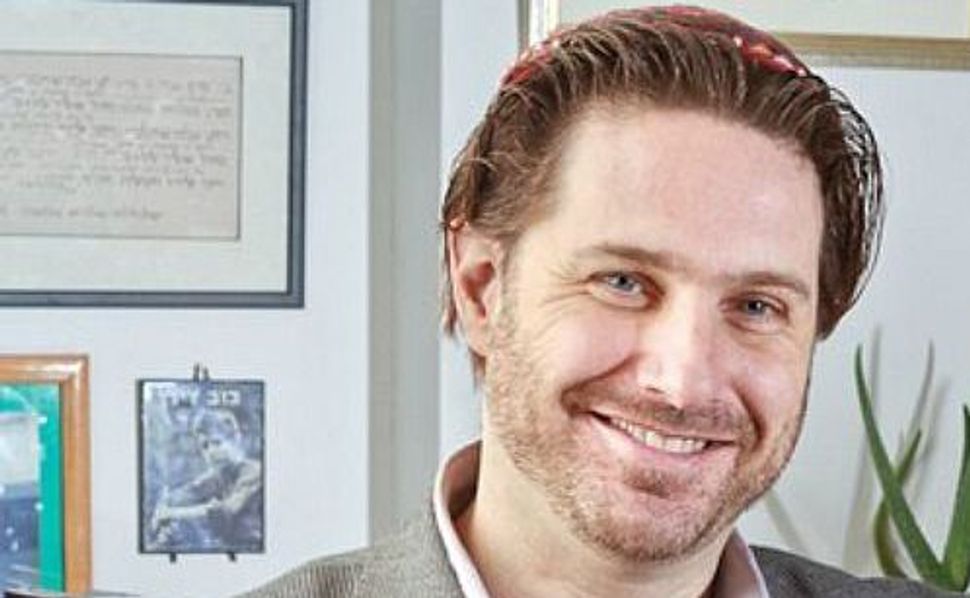 Arnoff succeeds Alan Finkelstein, who announced last year he would retire from the position after more than two decades. Arnoff will take up the position in February.

The Jewish Community Center Association board of directors unanimously approved the appointment on Jan. 8.

Arnoff, who lives in Jerusalem with his wife and four children, is currently the director of the Office of Culture, Community, and Society at Shalem College in Jerusalem. He previously served as executive director of the 14th Street Y in New York. He will be based at the Jewish Community Center Association’s New York City office and will also have an office in Jerusalem, the JCCA said in a statement.

“I am deeply honored by the confidence of JCC Association leadership and look forward to our work together. JCCs touch more Jews than any other institutional framework in North America,” said Hazan Arnoff. “The challenge is to maximize JCCs’ potential to inspire and engage the next generation of Jews who now live in a world of choice. This is an extraordinary opportunity.”