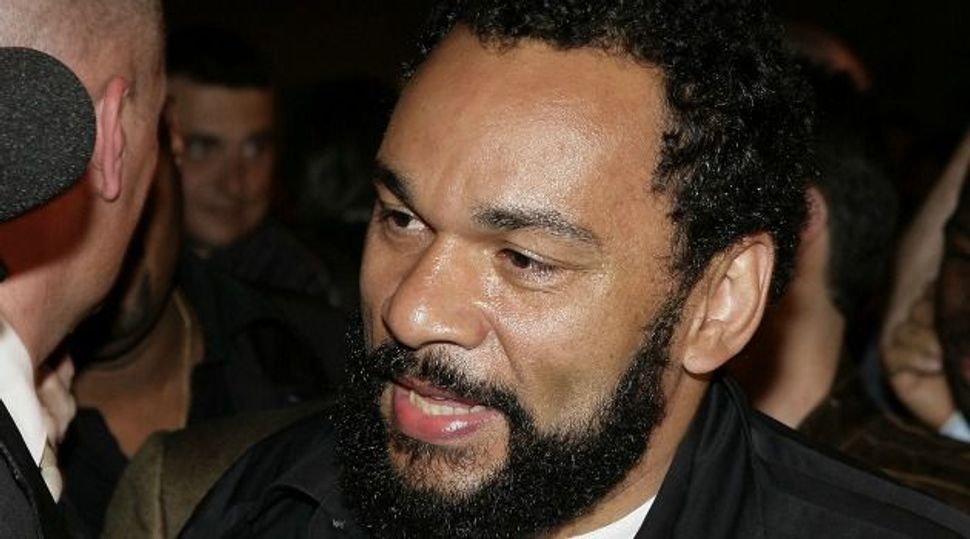 French prosecutors are investigating the comedian Dieudonne M’bala M’bala for a Facebook comment that shows sympathy with the Paris kosher supermarket gunman.

“Tonight, as far as I’m concerned, I feel like Charlie Coulibaly,” he wrote, a takeoff on the French expression for “I am Charlie,” widely used to support the satirical magazine Charlie Hebdo, where 12 people were killed by two Islamist gunmen, the French news agency AFP reported.

Amedy Coulibaly killed four Jewish men at a kosher supermarket in Paris on Jan. 9 after killing a policewoman the previous day. He reportedly had maps in his car marking the locations of Paris Jewish schools.

He has been convicted seven times for inciting racial hatred against Jews and is facing an eighth trial for suggesting during a show that the French Jewish journalist Patrick Cohen belonged in a gas chamber. Dieudonne also is the originator of the quenelle, the increasingly popular gesture in France and Europe that has been called anti-Semitic and a quasi-Nazi salute.

Dieudonne reportedly participated in the Paris unity march on Sunday to express his support for free speech.