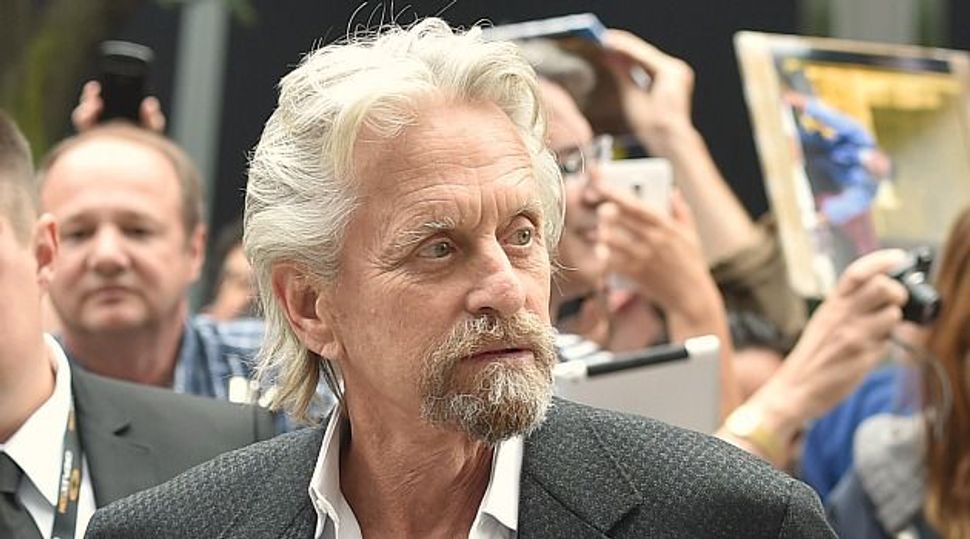 Actor and peace activist Michael Douglas has been named winner of the 2015 Genesis Prize.

The decision was announced on Wednesday night by the Genesis Prize Foundation. The $ 1 million prize will be awarded by human rights activist and Jewish Agency Chairman Natan Sharansky and the prime minister of Israel in Jerusalem on June 18.

Douglas said he plans to use the $1 million prize money for promoting activities designed to raise awareness of inclusiveness and diversity in Judaism, according to the prize foundation.

Douglas said of receiving the honor, “I share this award with my family, who encouraged me in my exploration of the Jewish faith. I hope these teachings and values will be part of the legacy in the world that I leave for my children and those who follow.”

“The Genesis Prize Foundation is proud to honor Michael Douglas, both for his professional achievements and for his passion for his Jewish heritage and the Jewish State,” said Stan Polovets, co-founder and chairman of the Genesis Prize Foundation. “The Douglas family’s experience of connecting with its heritage and embracing it on their own terms embodies an inclusive approach for Jews of diverse backgrounds. This is particularly important today, when the question of what it means to be Jewish has become more pressing than ever.”

The Genesis Prize, which is given out annually, is awarded in partnership with the Office of the Prime Minister of the State of Israel and the Jewish Agency for Israel. It recognizes an accomplished, internationally renowned professional who is a role model in his or her community and whose actions and achievements express a commitment to Jewish values, the Jewish community and the State of Israel, and who can inspire the younger generation of Jews worldwide.

The foundation was endowed by the Genesis Philanthropy Group, a consortium of mega-wealthy philanthropist-businessmen from the former Soviet Union including Mikhail Fridman, Pyotr Aven and German Khan; the Office of the Prime Minister of Israel; and the Jewish Agency for Israel.