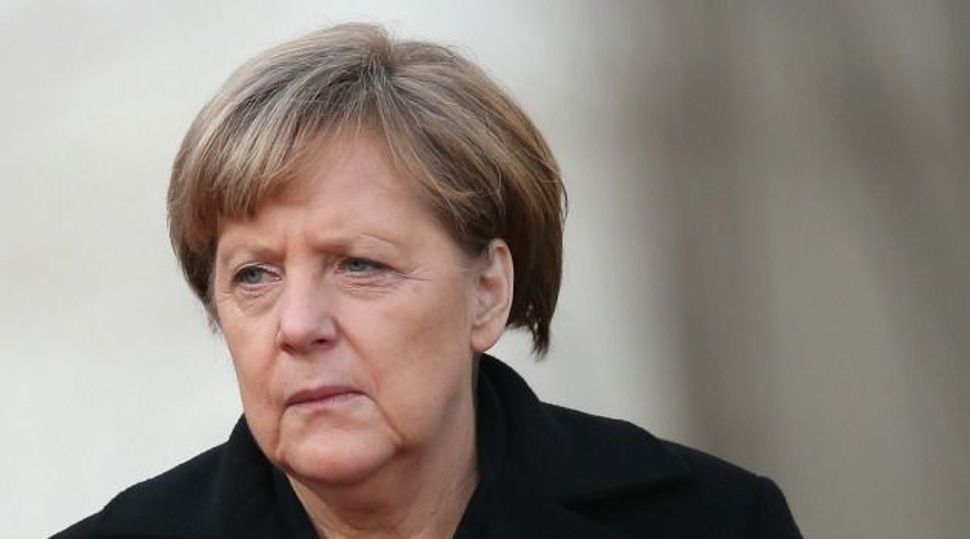 (Reuters) — Chancellor Angela Merkel promised on Thursday to protect Jews and Muslims living in Germany from prejudice, saying vibrant democracy was the best way to combat the sort of extremist violence that shook France last week.

Merkel, a staunch ally of Israel and defender of Germany’s renascent Jewish community, has responded with unusual vigor to the growth of a grassroots, anti-Islam movement in Germany and the attacks by Islamic radicals in Paris that killed 17 people.

Saying that Islamist extremism and anti-Semitism “often go hand-in-hand,” she told the Bundestag lower house of parliament that Christians, Jews and Muslims all had a place in Germany.

Echoing her comments on Monday that “Islam belongs to Germany,” she said: “Jewish life belongs with us.”

“We will prosecute anti-Semitic crimes by all legal means,” she said during a debate on the Paris attacks. “And attacks on mosques will be prosecuted rigorously, because we won’t be divided by those using Islamist terrorism to cast suspicion on all Muslims in Germany.”

“As chancellor I will protect Muslims in our country. All of us in this house will do that,” she said.

Merkel is criticized by some of her own Christian Democrats for her impassioned defense of Germany’s 4 million Muslims. They accuse her of playing down Germany’s Judeo-Christian roots.

The debate has been inflamed by the growth of PEGIDA, or Patriotic Europeans Against the Islamisation of the West, whose weekly marches in Dresden call for stricter immigration rules. Some members of a new right-wing party, Alternative for Germany, have allied with PEGIDA in chiding Merkel for letting the number of asylum seekers shoot up 60 percent last year.

Police in Dresden were investigating the stabbing death of a 20-year-old asylum-seeker from Eritrea, local media reported, amid speculation it might be a hate crime.

A poll conducted before the Paris attacks said 57 percent of non-Muslims in Germany felt threatened by Islam. But Merkel said law-abiding Muslims needed protection from “hate preachers” and groups such as Islamic State who were trying to radicalize them.

Her government is tightening the law to prevent recruitment and funding of jihadists and wants to facilitate the use of data from phone calls and airline passenger lists to fight extremism.

But Merkel said the best defense was to “shake up society’s democratic principles,” calling this “stronger than terrorism.”

Recalling that 66 reporters were killed around the world in 2014, as well as 12 at the French satirical weekly Charlie Hebdo last week, Merkel said freedom of the press was essential for democracy but in too many countries it existed only “on paper.”

Bundestag President Norbert Lammert criticized Saudi Arabia for condemning the Paris attacks as a violation of Islam, “then two days later letting the blogger Raif Badawi be flogged in public in Jeddah for insulting Islam.”