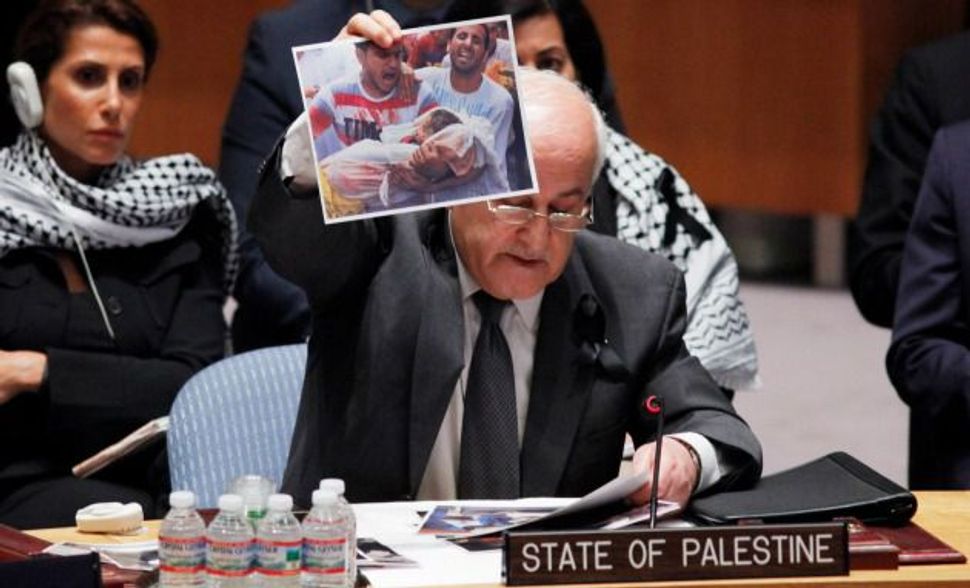 Arab foreign ministers on Thursday endorsed a Palestinian plan to resubmit a draft resolution to the U.N. Security Council calling for Israel to withdraw from occupied territories by late 2017.

The United States helped defeat a similar draft resolution in a Security Council vote on Dec. 30. Palestinian President Mahmoud Abbas has said he hoped to revive the resolution.

The earlier Palestinian resolution called for negotiations to be based on territorial lines that existed before Israel captured the West Bank, East Jerusalem and the Gaza Strip in the 1967 Middle East war.

It also called for a peace deal within 12 months.

The Palestinians, frustrated by the protracted impasse in peace talks with Israel, have sought to internationalize the issue by seeking U.N. membership and recognition of statehood via membership in international organizations.

Israel, which pulled troops and settlers out of the Gaza Strip in 2005, has said its eastern border would be indefensible if it withdrew completely from the West Bank.

Jordan, which controlled the West Bank and East Jerusalem until 1967, remains a member of the Security Council while several other countries with revolving membership were replaced over the New Year.

The Palestinians hope these states will be more sympathetic to their resolution demanding an Israeli withdrawal and Palestinian independence by 2017, although the veto-wielding United States would be all but certain to vote “No” again.

A committee including Jordan will be formed to make consultations to mobilize international support for the -reintroduction of a new resolution, Arab foreign ministers said in a statement after their extraordinary meeting in Cairo.

The resolution will call for an end to the Israeli occupation and the completion of a final settlement, it said

U.N. Secretary-General Ban Ki-moon is alarmed that Israelis and Palestinians are engaged in a downward spiral of actions and counter-actions and calls on both sides not to exacerbate existing divisions, a senior U.N. official said on Thursday.

One day after the failed Security Council bid, Abbas signed on to 20 international agreements, including the Rome Statute of the International Criminal Court (ICC).

The move angered Israel and the United States, and prompted warnings from Western states against escalation.