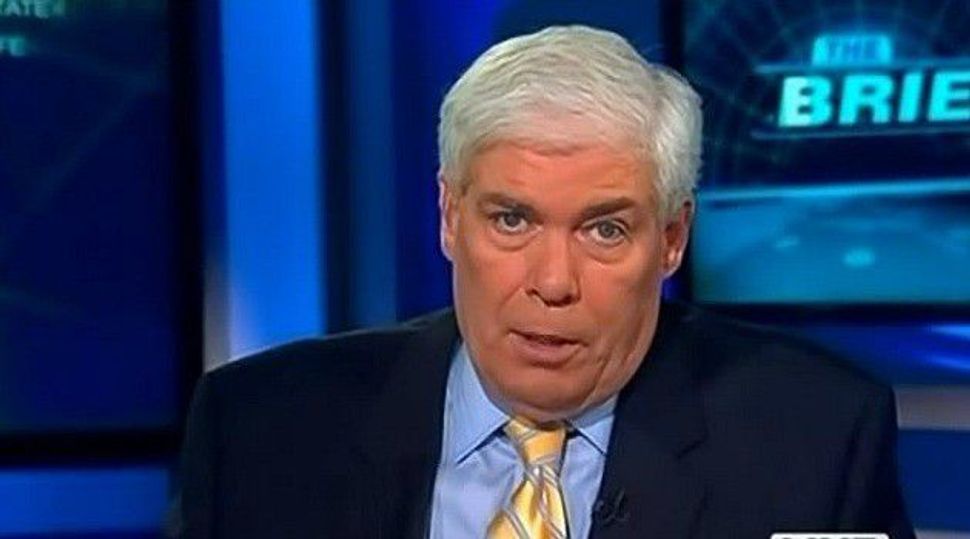 Veteran CNN anchor Jim Clancy stepped down on Friday, one week after a series of Twitter posts in which he mocked pro-Israel tweeters on a thread discussing the Charlie Hebdo massacre.

Neither CNN nor Jim Clancy gave a reason for his departure, which was reported by AdWeek. Clancy had worked at CNN for 34 years.

Although Clancy’s Twitter account no longer existed as of Thursday, the tweets have been preserved on a number of websites, including Twitchy and Mediaite, and by Tablet journalist Yair Rosenberg.

On Jan. 7, Clancy posted a tweet arguing that the cartoons posted by the French satirical newspaper Charlie Hebdo, which was attacked last week by Islamist gunmen who killed 12, did not mock the Muslim prophet Muhammad.

“The cartoons NEVER mocked the Prophet,” he wrote. “They mocked how the COWARDS tried to distort his word. Pay attention.”

Challenged on the accuracy of the statement by Oren Kessler, a deputy director of research at the Foundation for Defense of Democracies, Clancy tweeted, “Hasbara?,” a Hebrew term used to describe public relations efforts by the Israeli government.

Clancy later told the Twitter account for Human Rights News, “You and the Hasbara team need to pick on some cripple at the edge of the herd.”

Jay Ruderman, head of the Ruderman Family Foundation, which is dedicated to advocacy and inclusion for the disabled, demanded an apology from Clancy and CNN. Ruderman said the use of the term “cripple” was insensitive.