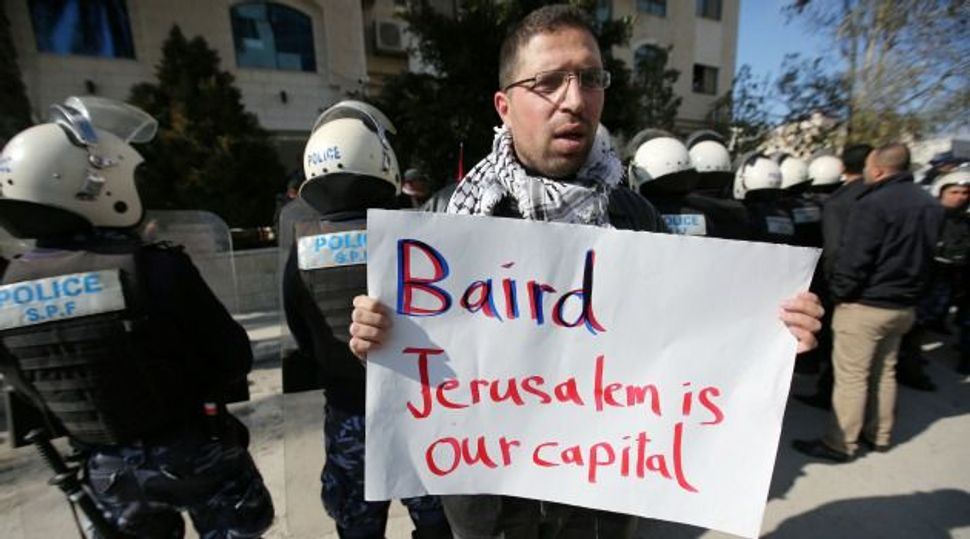 Palestinian protesters threw shoes and eggs at Canadian Foreign Minister John Baird in Ramallah after he met with his Palestinian counterpart.

Baird was not hurt during Sunday’s demonstration, though an egg struck the top of his car as it left the foreign ministry compound in Ramallah in the West Bank following a meeting with Palestinian Authority Foreign Minister Riyad al-Malaki, Reuters reported.

The protest was organized by the youth department of the Fatah movement to express opposition to the Canadian government’s positive stance toward Israel, the Palestinian Maan news agency reported.

Protesters held signs reading: “Baird you are not welcome in Palestine.”

Baird and top Palestinian peace negotiator Saeb Erekat have been arguing in statements to the media over Israel and its conflict with the Palestinians.

On Sunday, Erekat called on Baird to apologize for meeting Israeli officials last year at an office in eastern Jerusalem, which the Palestinians claim as the capital of a future Palestinian state.