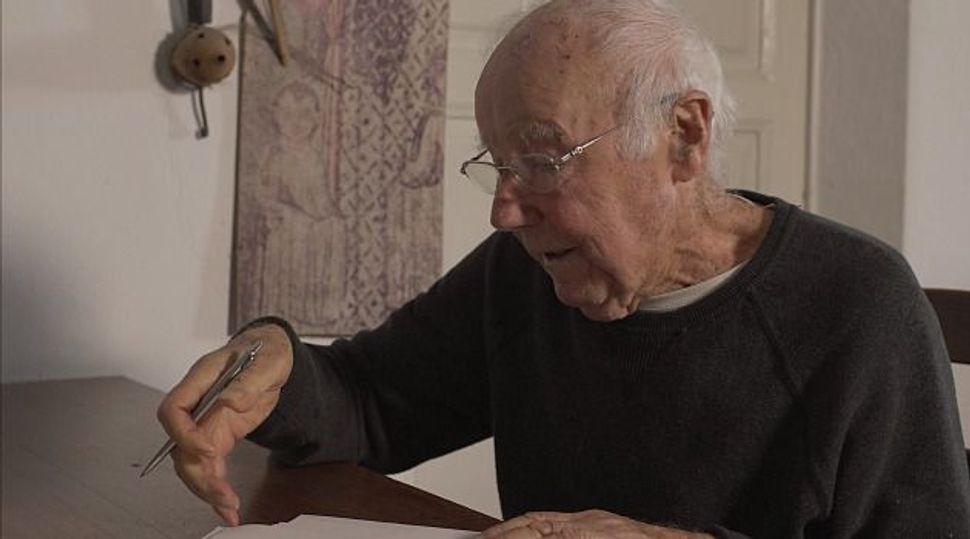 Simcha Rotem, who fought in the Warsaw Ghetto uprising, signs letter asking government to reconsider decision to put monument to non-Jews who rescued Jews in so-called ‘zone of memory.’

Simcha Rotem, who fought in the Warsaw Ghetto Uprising, is protesting against the placement of a monument to Righteous Gentiles in the former ghetto.

An open letter signed by Rotem and Pnina Grynszpan Frymer, another ghetto fighter, was published on Wednesday. It also was sent to Poland’s president and the mayor of Warsaw. Rotem and Frymer wrote that they are “shaken” by the news of the location of the monument that has “raised protests worldwide.” The monument will be situated next to the newly dedicated Museum of the History of Polish Jews.

“The Republic of Poland, our first homeland, has bestowed upon us medals for our relentless fight against the Nazi occupier. In this fight, we were often alone, but we have survived the Holocaust. We are also alive today because of help received from the Righteous Poles, they wrote. “However, we fail to understand why such a monument should be erected on the grounds where hundreds of thousands of people died a lonely death before any help arrived.”

Rotem and Frymer ask President Bronisław Komorowski to create in that area of the former ghetto “a protected zone of memory, similar to the protective zones in Auschwitz and Birkenau.”

The Remembrance and Future Foundation, which plans to build the monument to the Righteous Among the Nations, was founded in 2013 by Sigmund Rolat. An official announcement of the project is scheduled for Feb. 4.

Rotem was awarded in 2013 with the Grand Cross of the Order of Polonia Restituta, one of Poland’s highest honors. He also is an honorary citizen of Warsaw.