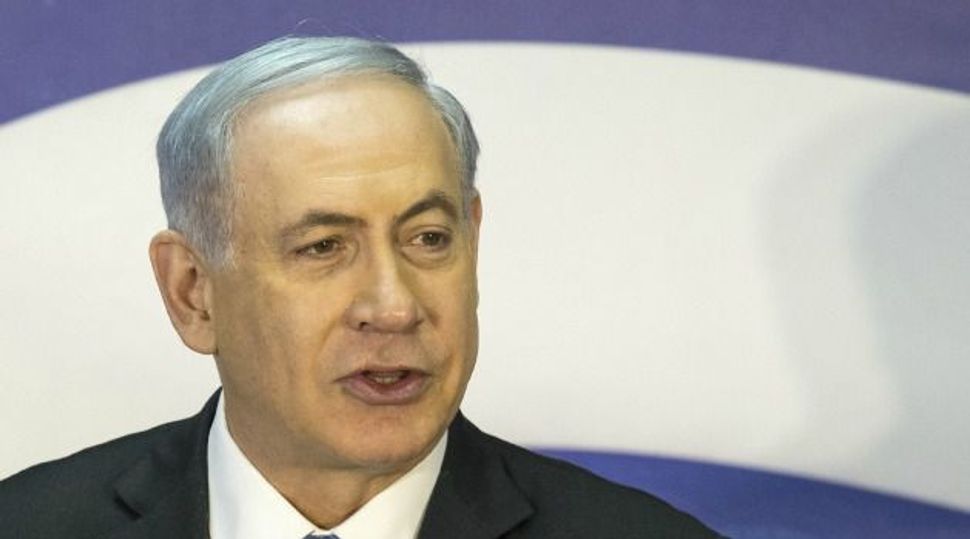 (Reuters) — Israeli Prime Minister Benjamin Netanyahu defended on Sunday a planned speech to the U.S. Congress about Iran, saying he had a moral obligation to take every opportunity to speak out on an issue that poses a mortal threat to his country.

His visit to Washington in March has opened up a political rift in the United States and has drawn accusations in Israel that Netanyahu is undermining a strategic alliance to win an election due to take place shortly after the planned speech.

In his first public remarks about the speech to be made on March 3 to a joint session of Congress, Netanyahu said his priority was to urge the United States and other powers not to negotiate an Iranian nuclear deal that might endanger Israel.

“In coming weeks, the powers are liable to reach a framework agreement with Iran, an agreement liable to leave Iran as a nuclear threshold state, something that would chiefly imperil the existence of the State of Israel,” he told his cabinet.

John Boehner, the Republican speaker of the House of Representatives, invited Netanyahu in March without informing the White House, a breach of protocol since it is normally up to a head of state to invite a foreign leader.

Netanyahu, a right-winger who has a testy relationship with Barack Obama, will not meet the president during his visit. Obama has often sparred with Netanyahu over strategy on Iran and the Palestinians.

The White House has cited the proximity of Israel’s March 17 election and a desire to avoid the appearance of influencing the poll as reason for withholding an invitation for Oval Office talks.

Netanyahu’s rivals say his acceptance of a partisan invitation to Congress showed he was willing to meddle in U.S. politics for his own campaigning.

“Netanyahu is directly harming the president of the United States. What Netanyahu is doing with this thuggish behavior is to harm Israel’s security interests,” Herzog told Army Radio.