Can ‘Magic Kippah’ Save European Jews from Anti-Semitism? 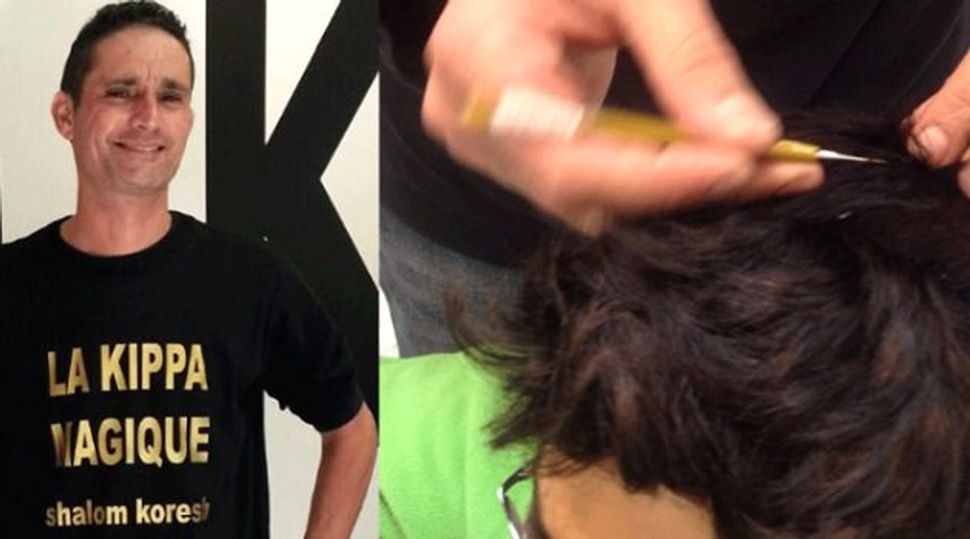 Shalom Koresh and his magic kippah Image by Facebook

(JTA) — The Associated Press reported today that, in response to the increasing numbers of anti-Semitic attacks in Europe, an Israeli barber has designed yarmulkes that blend in with the wearer’s hair.

Called the “Magic Kippa,” the head coverings, made of synthetic hair, are washable, brushable and dyeable. Inventor Shalom Koresh told the AP he invented them so that observant Jewish men “could feel comfortable going to places where they are afraid to go, or places where they can’t wear it and feel secure.”

He noted that the yarmulkes, which sell online for $56 and up, are particularly popular with French and Belgian buyers.

Koresh might also consider marketing in Malmo, Switzerland. In a sort-of riff on the viral “Walking Around New York City While Female” video, a Swedish reporter recently walked around the heavily Muslim city while wearing a kippah and secretly recorded the reactions he received. In footage that aired on Swedish television this week, he was hit once and cursed at by numerous passersby.

Can ‘Magic Kippah’ Save European Jews from Anti-Semitism?