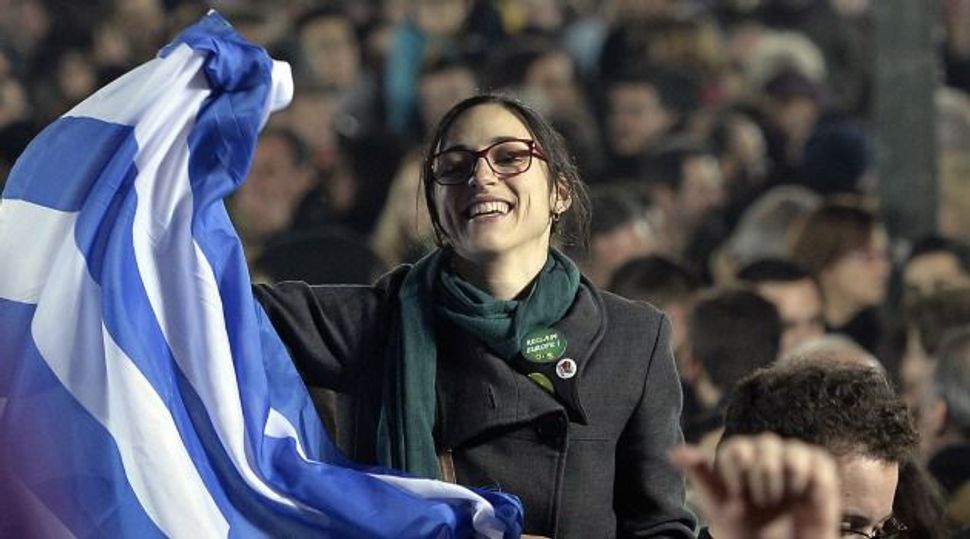 The neo-Nazi Golden Dawn party maintained its strength in Greek national elections as the far-left party Syriza came to power.

With almost all votes counted from Sunday’s election, Golden Dawn received 6.3 percent of the national vote, giving it 17 seats in the 300-member national parliament and leaving it the third-largest party in Greece.

The election saw the leftist Syriza party fall one seat short of a majority needed to govern alone as Greeks embraced the party’s promise to end six years of economic austerity.

The vote total for Golden Dawn is just slightly below their count from the 2012 election when they garnered 6.9 percent of the vote and 18 seats. They barely shrank despite a widespread crackdown during the past year that saw most of the party’s top leadership jailed on charges of heading a violent criminal organization.

Golden Dawn has been has been accused of being behind dozens of racist attacks on immigrants. It frequently uses Nazi imagery, and its leaders have denied the existence of Nazi death camps and gas chambers.

As part of attempts to crack down on the party, Greek lawmakers recently passed a law with harsher penalties for inciting racial violence and denying the Holocaust. But the law cannot be applied retroactively.

It is also not clear whether the newly elected government will continue the previous government’s crackdown on the neo-Nazi party.