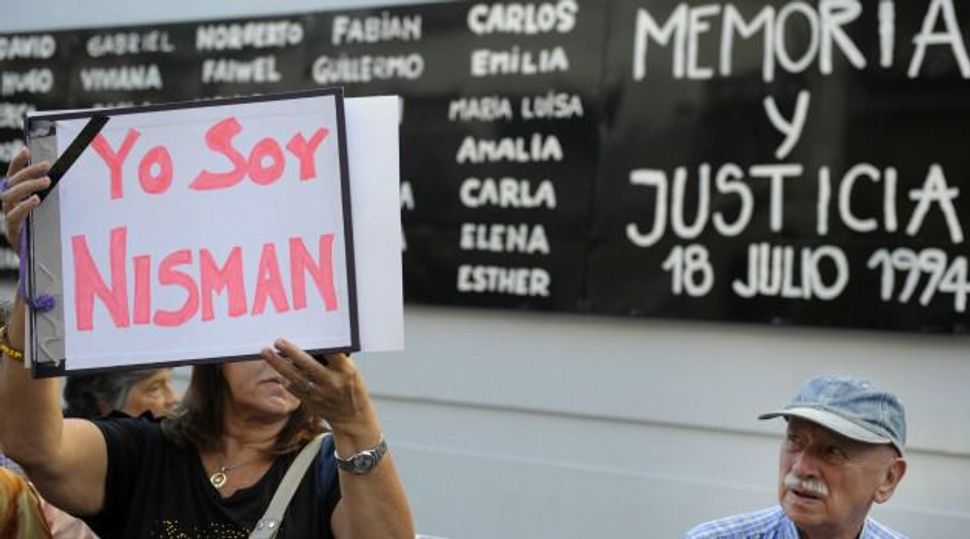 President Cristina Fernandez plans to disband Argentina’s intelligence agency amid suspicions that rogue agents were behind the mysterious death of a state prosecutor investigating the 1994 bombing of a Jewish community center.

In her first televised address since Alberto Nisman was found dead with a single bullet to the head, Fernandez said on Monday night she would send Congress a bill creating a new security body that would be more transparent.

Nisman’s death on Jan. 18, just a day before he was due to appear in Congress over his claims that Fernandez conspired to derail his investigation, has triggered a storm of conspiracy theories, including some directly against Fernandez.

But her government says Nisman was tricked into making his allegations against Fernandez and then killed when he was no longer of use to those who led the conspiracy.

It said the scandal is linked to a power struggle at the Intelligence Secretariat, or SI, and to operatives who had recently been fired.

The SI, formerly known as the SIDE, has significant power and autonomy. In the “dirty war” directed by Argentina’s military dictatorship of 1976-83, the agency spied on Marxist rebels, labor unions and other leftists.

Fernandez said the draft bill will be sent to Congress before she travels to China at the weekend, and that legislators would hold extraordinary sessions in the February holiday period to debate the proposal.

“We need to make the intelligence services more transparent because they have not served the interests of the country,” said Fernandez, seated in a wheel chair and dressed all in white.

The feisty leader said the intelligence services had changed little since the return to democracy but she steered clear of her usually frothy rhetoric after a week in which she has come under a barrage of criticism for her handling of the scandal.

Nisman claimed the week before his death that Fernandez opened a secret back channel to Iran to cover up Tehran’s alleged involvement in the AMIA bombing and gain access to Iranian oil.

Fernandez has called the accusation absurd.

Iran has repeatedly denied any link to the bomb attack.

Opinion polls have shown few Argentines expect they will ever know how Nisman died.

Thousands took to the streets last week to protest the slow pace of justice for the victims of the 1994 bombing of the AMIA center that killed 85 people and demanding answers to the questions around Nisman’s death.

The scandal around Nisman’s death has created fresh turmoil in Argentina just 10 months ahead of a presidential election. Fernandez is constitutionally barred from seeking a third term.