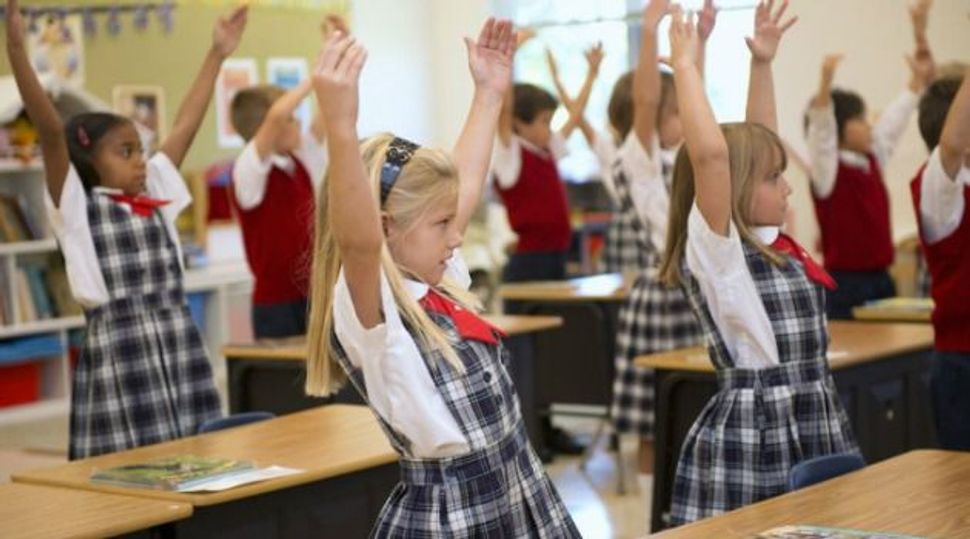 A new Hebrew charter school is scheduled to open in suburban Minneapolis-St. Paul in September.

According to the Minneapolis Star-Tribune, Agamim Classical Academy in Hopkins, Minn., will be the first U.S. public school to offer a focus on both the Hebrew language and classical instruction, a pedagogical approach “that emphasizes grammar, rhetoric and logic.”

There are currently 12 Hebrew charter schools in five states and Washington, the first of which — the Ben Gamla Charter School Hollywood — opened in Florida in 2007. Agamim will be the seventh Hebrew charter school affiliated with the New York-based Hebrew Charter School Center, which opened its first school in Brooklyn in 2009 and is funded in large part by Birthright Israel co-founder Michael Steinhardt.

Agamim will open with kindergarten through third-grade classes, eventually continuing through eighth grade. Its principal, Miranda Morton, told the Star-Tribune that the classical approach dovetails “extraordinarily well” with Hebrew.