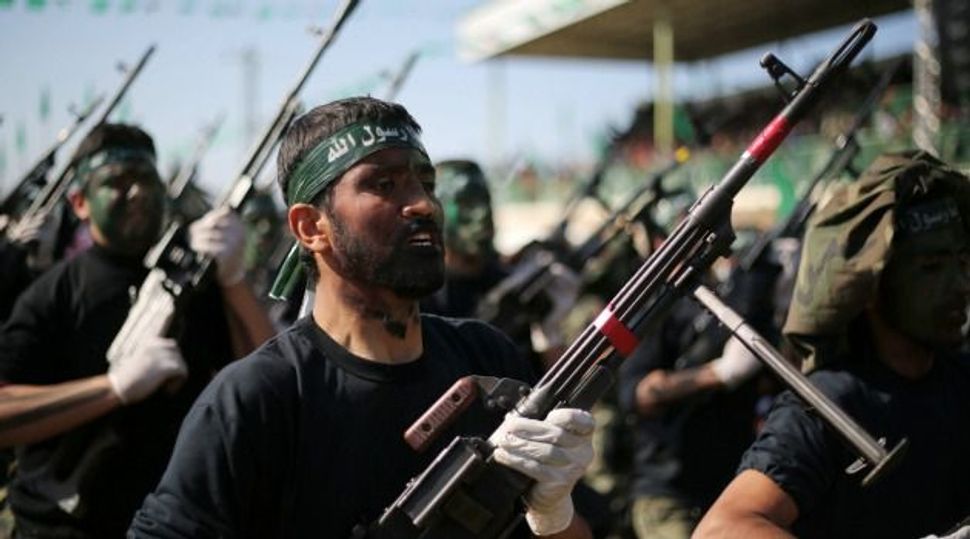 An Egyptian court on Saturday banned the armed wing of the Palestinian group Hamas and listed it as a terrorist organization.

The ruling came days after the country faced some of the bloodiest attacks on security forces in years.

Hamas is an offshoot of Egypt’s Muslim Brotherhood which the authorities have also declared a terrorist group and have repressed systematically since the army ousted one of its leaders, Mohamed Mursi, from the presidency in 2013.

“The court ruled to ban the Qassam Brigades and to list it as a terrorist group,” said judge Mohamed al-Sayid of the special Cairo court which deals with urgent cases.

The case was based on allegations that the Qassam Brigades, staged terrorist attacks to support the Brotherhood, and carried out a bombing and shooting operation which killed 33 security personnel in the Sinai Peninsula in October of 2014.

“We reject the Egyptian court’s decision against the Qassam Brigades. It is a political, dangerous decision that serves only the Zionist occupation,” said Hamas spokesman Sami Abu Zuhri.

Egyptian officials say weapons are smuggled from the Hamas-ruled Gaza Strip into Egypt, where they end up with militant groups fighting to topple the Western-backed Cairo government.

Islamist militants based in Egypt’s Sinai region, which has a border with Gaza, have killed hundreds of police and soldiers since Mursi’s political demise. The insurgency has spread to other parts of Egypt, the most populous Arab country.

On Thursday night, four separate attacks on security forces in North Sinai were among the worst in years. Islamic State’s Egyptian wing, Sinai Province, claimed the killing of at least 30 soldiers and police officers.

President Abdel Fattah al-Sisi brought a degree of stability to Egypt and the economy had started to recover from frequent political violence since a popular uprising four years ago that overthrew veteran autocrat Hosni Mubarak.

Then signs of discontent emerged in the past week. More than 25 people were killed last weekend when security forces fired at protesters angered by what many perceive as a police state re-established by Sisi since Mursi’s fall.

The Brotherhood says it is committed to peaceful activism despite facing one of the toughest crackdowns in its history.

Militant attacks in Sinai, while far from Cairo and tourist attractions, have hurt government efforts to project an image of stability to win back foreign investors and tourists.

On Saturday, a sniper wounded a soldier in a village in central Sinai, security sources said. In northern Sinai, Islamist militant gunmen killed a Christian man suspected of cooperating with Egyptian authorities.