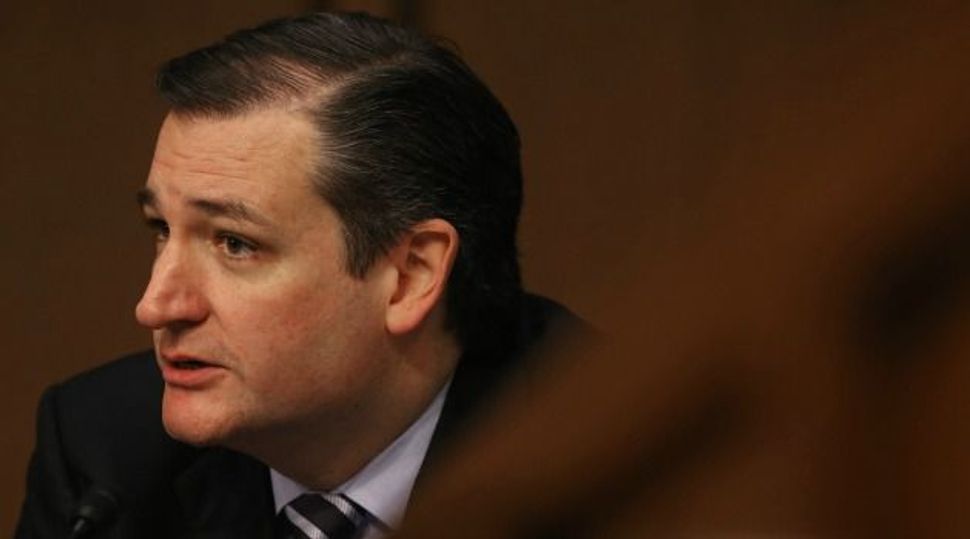 Two GOP lawmakers asked the Obama administration to explain the involvement of a State Department-funded dialogue group with an Israeli get out the vote effort.

“There appears to be a danger that U.S. taxpayer funds are being used to directly shape the outcome of the upcoming Israeli election–and specifically to campaign against Prime Minister [Benjamin] Netanyahu–something all would agree would be highly inappropriate,” said the letter Sen. Ted Cruz (R-Texas) and Rep. Lee Zeldin (D-N.Y.) sent Jan. 29 to Secretary of State John Kerry.

The letter arose from reports in Haaretz that Jeremy Bird, the national field director for President Barack Obama’s reelection campaign, is leading an Israeli get out the vote effort, V15, which is partnered with the OneVoice movement.

OneVoice was founded in 2002, during the Second Intifada, to promote Israeli-Palestinian dialogue and the two-state solution.

Jen Psaki, the State Department spokeswoman, in statements on Jan. 28 and Jan. 29, said the group received $233,500 last year, disbursed before the Israeli elections were called and before OneVoice partnered with V15.

“That grant ran from September of 2013 to November of 2014,” Psaki said Jan. 28. “During the period of the grant, as is standard practice, the U.S. Embassy approved OneVoice Israel’s implementation plan for the grant and monitored its performance,” she said. “And, as is routine for such a grant, final payments are disbursed after the grantee provides documentation showing completion of the grant terms.”

The V15 campaign does not name Netanyahu, although it is clear it wants the government replaced; one t-shirt slogan declares, “It’s simple, there’s a change.”

Zeldin and Cruz cast their questions in the context of the refusal by Obama and other administration officials to meet with Netanyahu when he is in Washington next month to give a speech to Congress. Obama and officials of his administration say any meeting would be inappropriate just two weeks before Israelis go to the polls.

“Given the public statements by a number of Obama administration officials, including the President, that it would be ‘inappropriate’ for the government of the United States to exercise any influence over elections in a foreign country including Israel, we believe this issue demands your urgent attention,” Cruz and Zeldin wrote.