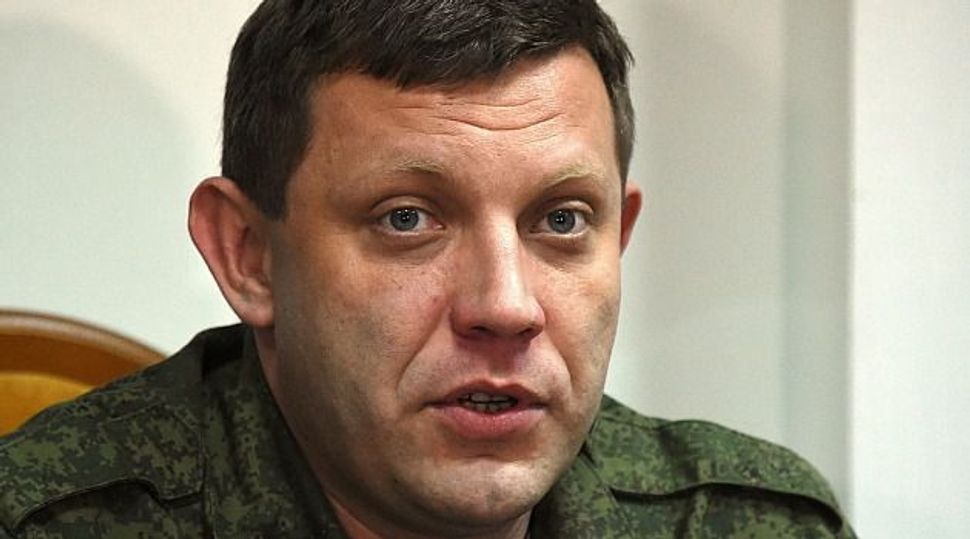 The leader of Ukraine’s pro-Russian rebels used an anti-Semitic insult to describe the country’s political leaders.

Alexander Zakharchenko, leader of the so-called Donetsk People’s Republic, during a news conference on Monday called the country’s leaders “miserable representatives of the great Jewish people.”

“I can’t remember a time when Cossacks were led by people who have never held a sword in their hands,” Zakharchenko added during the meeting with reporters in the eastern rebel stronghold of Donetsk.

Zakharchenko also said that the Cossacks, the country’s historic nationalists, “would turn in their graves if they could see who is running Ukraine.” Leaders of Ukraine’s Jewish community have rejected claims of anti-Semitism by Ukrainian leaders since President Viktor Yanukovych was ousted nearly a year ago. At the same time, anti-Semitic incidents reportedly have increased in Russia.

Meanwhile, rebel leaders on Monday announced a mass call-up with the intention of increasing their military forces to 100,000 troops.