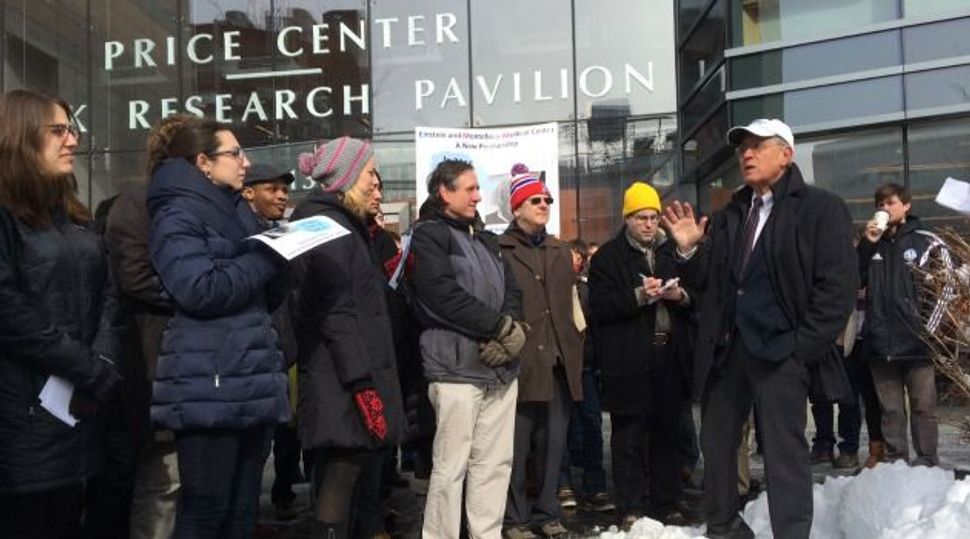 Yeshiva University has revived a deal to offload its costly medical school. Students learned today that Montefiore Health System is close to finalizing the on-again off-gain agreement take over the operations and financial responsibility for the Albert Einstein College of Medicine.

Einstein’s dean, Allen Spiegel, told 200 students a rally on Tuesday morning that the final legal documents for the deal were still being signed.

Plans to partner with Montefiore, announced in May by Y.U. president Richard Joel, stalled in November, exacerbating the Y.U.’s financial woes.

Y.U. has posted operating deficits of up to $100 million in each of the past six years. Consultants estimated that Einstein accounted for two-thirds of that annual deficit.