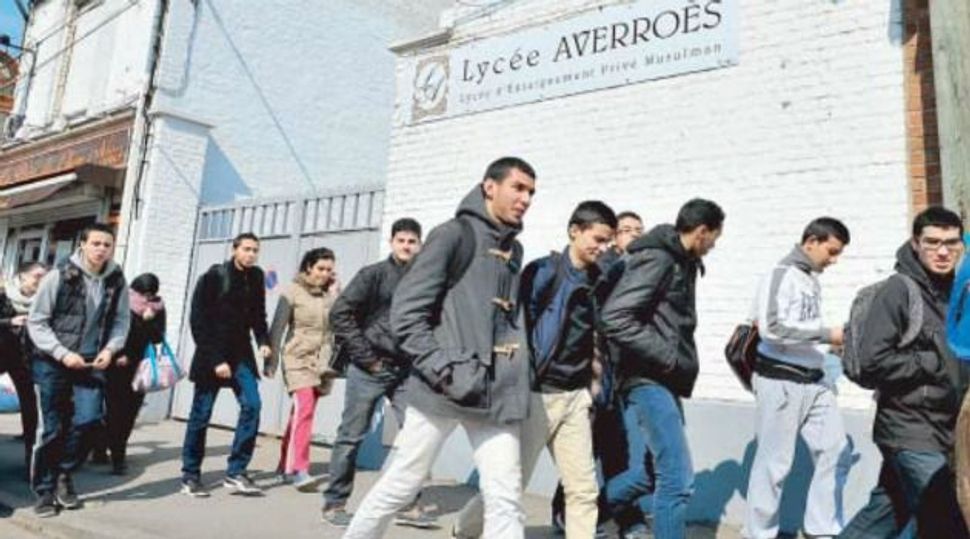 A teacher who taught at a French private high school for Muslims resigned because of rampant anti-Semitism and radicalism among his pupils.

Soufiane Zitouni, a former teacher of philosophy at the Averroes high school in the city of Lille in northern France, revealed his reasons for quitting five months after beginning to teach there in a letter he sent to Liberation, which the French daily published on Friday.

One pupil, he wrote, “one day had the nerve to tell me: ‘The Jewish race is cursed by Allah, many Muslims sages told me so.’” Zitouni wrote that anti-Semitic views were commonly expressed by other pupils as well, and that faculty resented his criticisms against radical Islam.

The school’s administration, for its part, told the local edition of the France 3 public television channel that they intended to sue Zitouni for libel.

Zitouni’s troubles with the faculty, he wrote, began after he published an Op-Ed in Liberation directly after the Jan. 7 slaying of 12 by Islamists at the Paris office of the Charlie Hebdo weekly, for its lampooning of Islam and its prophet, Mohammed. Zitouni’s colleagues criticized him for writing that “Today, the Prophet is Charlie, too” in protest of the murders.

Several of Zitouni’s pupils told him that the journalists at Charlie Hebdo “had it coming,” he wrote.