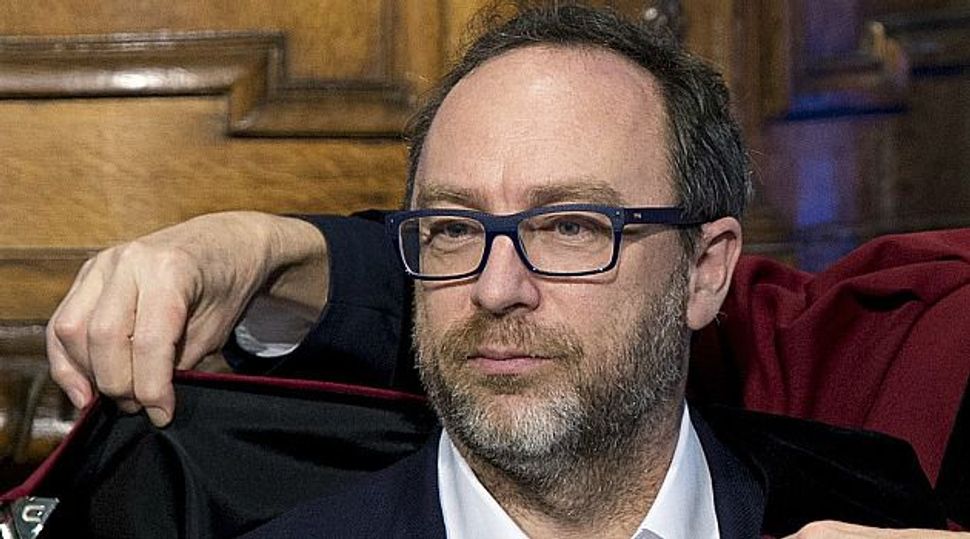 Wikipedia co-founder Jimmy Wales will receive the Dan David Prize and $1 million for his contribution to the information revolution.

Tel Aviv University on Tuesday announced the recipients of the international prize, which annually makes three awards for outstanding achievement in the categories of past, present and future time dimensions. Each award in a category is $1 million.

Wales was recognized in the Present Time Dimension: The Information Revolution. His stated motivation for creating Wikipedia was to create a world “in which every single person on the planet is given free access to the sum of all human knowledge,” according to a statement from the prize committee.

In the past category, Retrieving the Past: Historians and their Sources, Peter Brown and and Alessandro Portelli share the prize. Brown is a historian from the late antiquity period whose “groundbreaking studies have reshaped the way we understand social and cultural change,” according to the prize committee. Of Brown, the committee said his “studies of the interaction between private and collective memory have challenged the way we understand recording the past.”

Three scientists — Cyrus Chothia, David Haussler and Michael Waterman — were awarded the prize in the future category of Bioinformatics.

Chothia pioneered the understanding of the relationships between protein sequence, structure, function and interaction. Haussler was a leader in assembling the first draft of the human genome sequence and leads the development of the UCSC Genome Browser used worldwide for interpreting genome sequences. Waterman has contributed significantly to biological sequence analysis.

The Dan David Prize is named for the late international businessman and philanthropist. The laureates, who donate 10 percent of their prize money toward 20 doctoral and postdoctoral scholarships, will be honored at a May 17 ceremony at Tel Aviv University.