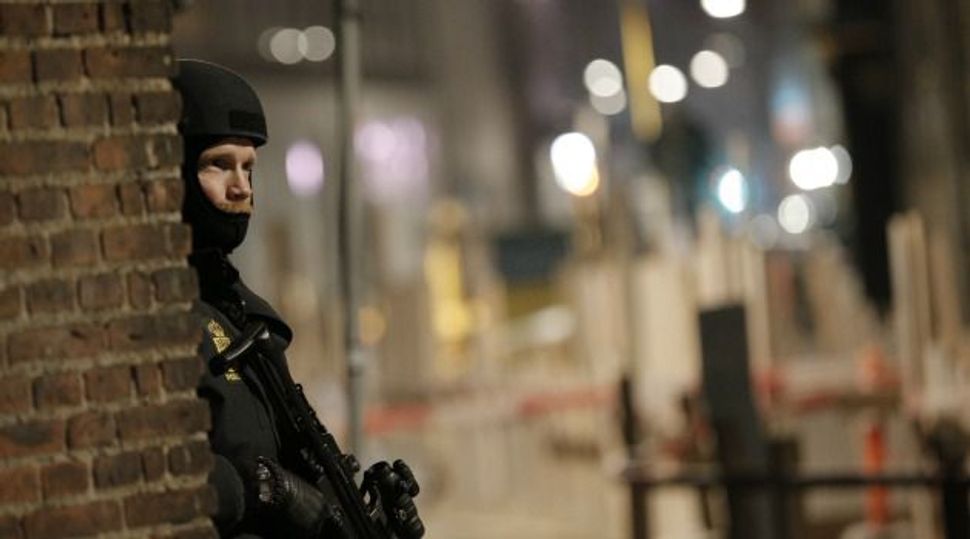 Terror in Denmark Copenhagen police officer stands guard near Great Synagogue, where a man was killed by a suspected terrorist gunman. Image by getty images

(Reuters) — A man who had been shot in the head multiple times at a Copenhagen synagogue has died from his injuries, Danish police said on Sunday.

Denmark was on high alert and a massive manhunt was underway after the shooting on Saturday, in which two police officers were injured.

The attack occurred hours after a man sprayed bullets at a cafe hosting a debate on freedom of speech in an incident the prime minister called a terror act. One person was killed and three police officers were injured.

It was not yet known if there was a connection between the two attacks, Danish police said.

Prime Minister Helle Thorning-Schmidt said Denmark was on high alert after a “terrorist attack” police said was aimed at artist Lars Vilks, who stirred controversy in 2007 with published drawings depicting the Prophet Mohammad as a dog.

The gunman escaped in a car that was found later in the outskirts of Copenhagen. Police could not yet describe the precise condition of the person shot in the head or the police officers who were hurt in synagogue attack.

The cafe complex was hosting a cultural event called “Art, Blasphemy and Freedom of Expression.” French ambassador to Denmark Francois Zimeray, who was attending the event, likened the shooting to the attack on the Charlie Hebdo newspaper in Paris by Islamist militants that killed 12 people last month.

“We feel certain now that it was a politically motivated attack, and thereby it was a terrorist attack,” Thorning-Schmidt told journalists close to the site of the attack.

European Council President Donald Tusk called the attack “another brutal terrorist attack targeted at our fundamental values and freedoms, including the freedom of expression.”

Witnesses said one or more gunmen had tried to shoot their way into the venue before guards returned fire. Vilks, the event’s main speaker, and Zimeray were unharmed.

“I heard someone firing with automatic weapons and someone shouting. Police returned the fire and I hid behind the bar. It felt surreal, like in a movie,” Niels Ivar Larsen told Danish TV2.

The police said at first they were seeking two men who had sped off in a getaway vehicle, but later said they were looking for one man and issued a photograph of a suspect wearing a thick coat and maroon bobble hat. His face was obscured by a scarf.

“I’m still a bit stunned. I was inside, I had just sat down after my speech and then I heard shots,” Zimeray told French news channel TF1. 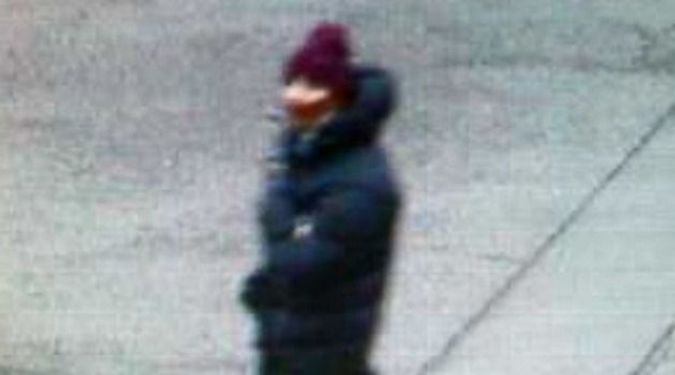 Police released this image of the suspected Copenhagen arts center shooter captured on a surveillance video. Image by copenhagen police

“We all dove to the floor as we heard the gunshots and tried to protect ourselves, and we crawled to the emergency exit.”

Media reports and witnesses on Twitter described the attack, saying between 20 and 40 shots were fired from an automatic weapon. Television footage showed windows of the arts center and cafe riddled with bullet holes.

“The security guards shouted ‘Everyone get out!’ and we were being pushed out of the room,” Helle Merete Brix, organizer of the event, told Reuters. “They tried to shoot their way into the conference room … I saw one of them running by, wearing a mask. There was no way to tell his face.”

Sound technician Palle Vedel told Danish DR news channel that the meeting had been opened by the French ambassador, who praised Denmark for the support following the Charlie Hebdo shootings.

Denmark itself became a target after the publication 10 years ago of cartoons lampooning the Prophet Mohammad, images which led to sometimes fatal protests in the Muslim world.

“Before the ambassador even got the opportunity to give the floor to Lars Vilks, the meeting was interrupted when one or more men started shooting at the cafe,” Vedel said. 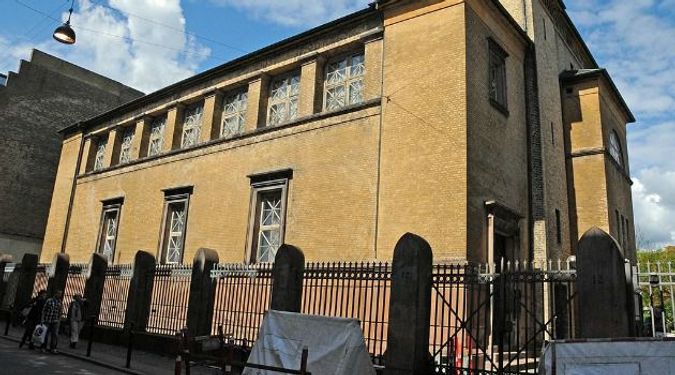 Three people were wounded early Sunday in a shooting outside the Great Synagogue in Copenhagen. Image by wikipedia

Sweden’s security police said Swedish bodyguards were with Vilks at the time of the shooting while authorities in southern Sweden said they were helping Danish police. Sweden is joined to Denmark by bridge and transit across is largely unchecked.

In January, 17 people were killed in France in three days of violence that began when two Islamist gunmen burst into the Paris offices of the satirical weekly Charlie Hebdo, opening fire in revenge for its publication of satirical images of Mohammad.

Vilks stirred controversy in 2007 with published drawings depicting Mohammad as a dog which sparked threats from Islamist militant groups.

He has received numerous death threats and has lived under the constant protection of the Swedish police since 2010. Two years ago, an American woman known as Jihad Jane was sentenced to 10 years in prison for plotting to kill him.