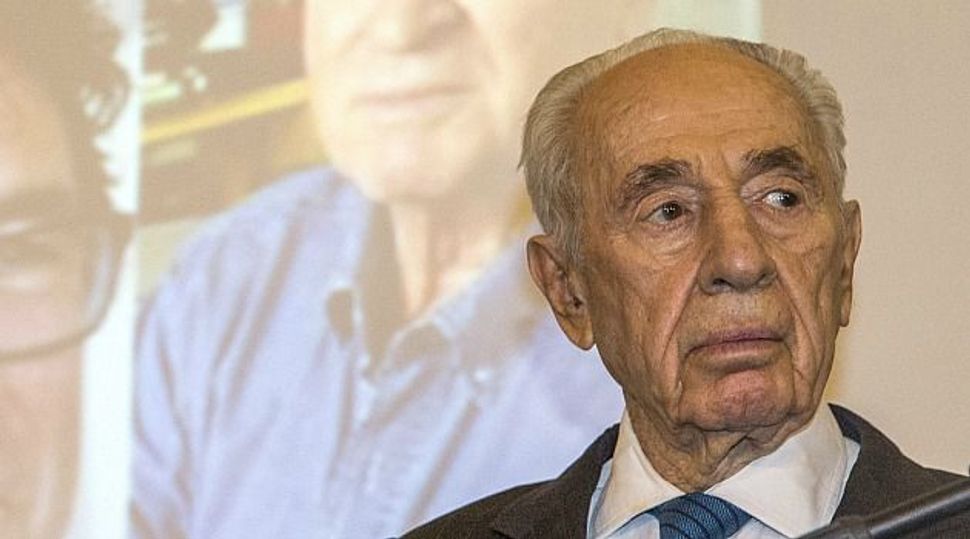 “Come because you want to live in Israel,” Peres said Sunday night in New York. “Jews can live all over the world,” he said. “Just keep your children Jewish.”

Peres did not specifically cite Netanyahu, who reiterated his call for Jews in Europe to immigrate to Israel after Saturday’s synagogue shooting in Copenhagen that left a Jewish security guard dead. Netanyahu made a similar call after the attack in January at a Jewish supermarket in Paris, where four Jews were killed just two days after the deadly Charlie Hebdo assault.

“We are preparing and calling for the absorption of mass immigration from Europe,” Netanyahu said after the Copenhagen attack. “I would like to tell all European Jews and all Jews wherever they are: ‘Israel is the home of every Jew.’”

On the issue of Israel-Arab peace, Peres, 91, said the rise of the Islamic State makes peace with the Arab world more likely, because Arab countries realize that the real threats they face are from violent extremists, not Israel.

“Terrorists are the greatest danger, not us,” Peres said.

Asked if he trusts President Obama to handle the challenge of Iran’s suspected pursuit if nuclear weapons, Peres said, “I don’t think any single country can stop Iran from having bombs,” but that it must be a joint international effort.

“Iran too will change,” Peres predicted. “They can’t have the ayatollah as eternal government. In 10-15 years Iran will be out of water and also out of ayatollahs in my judgment.”

Peres made his remarks at a Times of Israel gala dinner in Manhattan.