Israel Alliance With India Comes Out of Closet 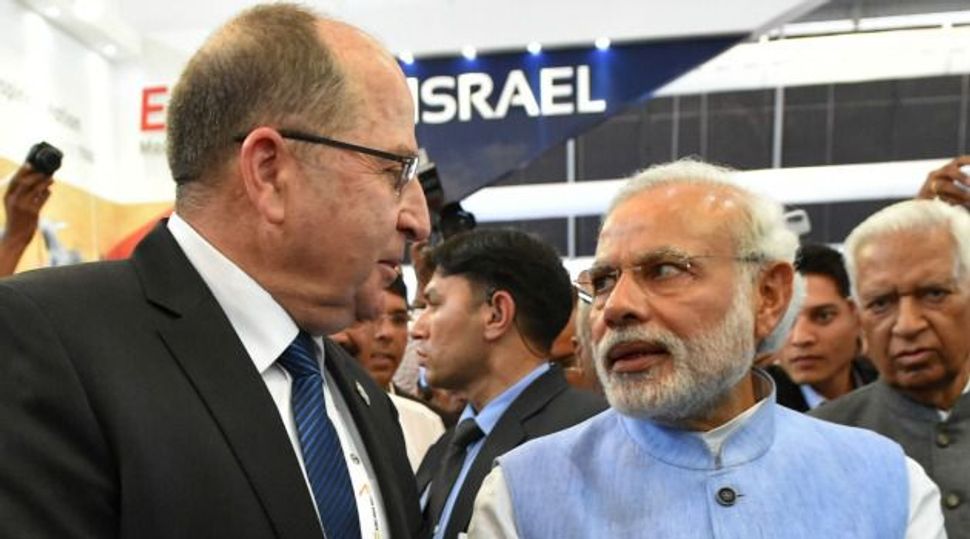 Israel’s security relationship with India is out in the open after years of being under wraps, the Israeli defense minister said on Thursday, vowing to play a bigger role in Prime Minister Narendra Modi’s drive to build an industrial base.

Israel has emerged as one of India’s top three arms suppliers, delivering items such as ship defense missiles and unmanned aerial vehicles, but such transactions have been unpublicised, largely because of India’s fear of upsetting Arab countries and its own large Muslim population.

But Modi, whose nationalist party has long seen Israel has a natural ally against Islamist militancy, has openly cultivated warmer ties, beginning with a meeting with Prime Minister Benjamin Netanyahu in New York last year.

Since then, various government ministers and top officials have been exchanging visits and on Wednesday, Moshe Ya’alon arrived in India, the first visit by an Israeli defense minister since the establishment of diplomatic ties in 1992.

“We used to have our relationship, security wise, behind the scene,” he said in a speech in New Delhi after attending an airshow in Bengaluru.

“And now I am here … in Delhi to meet Prime Minister Modi and other ministers.”

The visit comes as the two sides hold talks on a major deal for the supply of two airborne early warning radars to be mounted on India’s Russian-made aircraft.

Three such Phalcon AWACS that give the air force the “eyes in the sky” to detect flight movements across a wide arc were inducted in 2004, signaling the beginning of a strategic partnership.

Israel was dissuaded from selling the same system to China because of pressure from the United States, officials said.

“We see India as a partner and a friend. That is why we are ready to share technology,” he said, adding that he was looking for ways to upgrade the defense relationship.

Under Modi, India has speeded up an arms modernisation drive to counter the rising weight of China, but the government wants to cut dependence on foreign supplies and instead build a domestic industrial base under a Make-in-India drive.

Israel Alliance With India Comes Out of Closet