Netanyahu Finds It ‘Astonishing’ That Iran Nuclear Talks Are Progressing 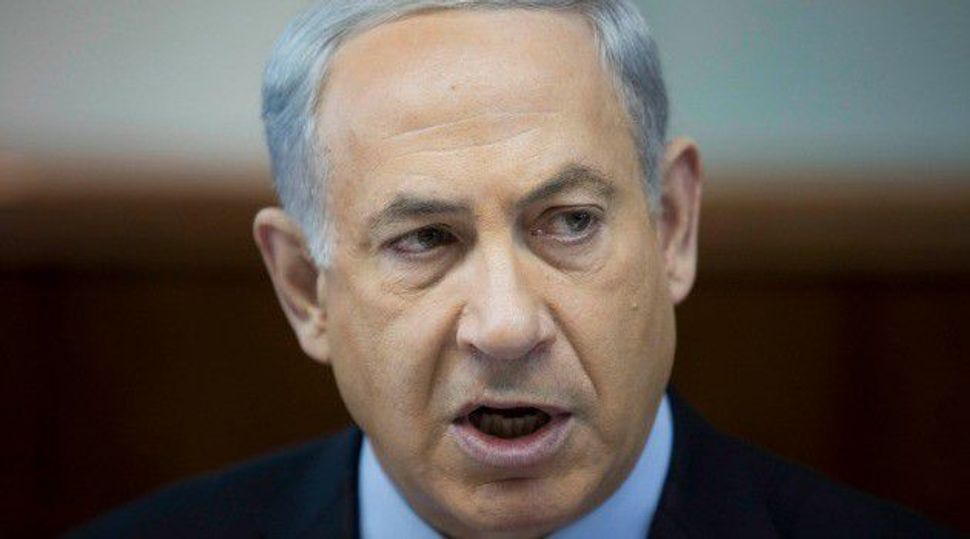 Israeli Prime Minister Benjamin Netanyahu called it “astonishing” that nuclear talks with Iran are proceeding despite a report saying that Iran is hiding military components of its nuclear program.

On Sunday, Netanyahu at the start of the weekly Cabinet meeting also reiterated his intention to travel to the United States next week to deliver an address on the Iran talks to Congress that has stirred controversy.

The U.N. atomic watchdog, the International Atomic Energy Agency, in a report released Thursday said that Iran is limiting its testing of its uranium refinement capacities, yet failing to cooperate with international nuclear inspectors, by hiding “nuclear-related activities involving military-related organizations, including activities related to the development of a nuclear payload for a missile.”

Talks between Iran and the world powers resumed Sunday in Geneva.

“It is astonishing that even after the recent IAEA report determined that Iran is continuing to hide the military components of its nuclear program, the nuclear talks with it are proceeding,” Netanyahu said. “Not only are they continuing, there is an increased effort to reach a nuclear agreement in the coming days and weeks.”

The target date for the outline of an agreement, which Netanyahu said will “threaten [Israel’s] existence,” is March 24, with a signed agreement by June 30.

Netanyahu Finds It ‘Astonishing’ That Iran Nuclear Talks Are Progressing