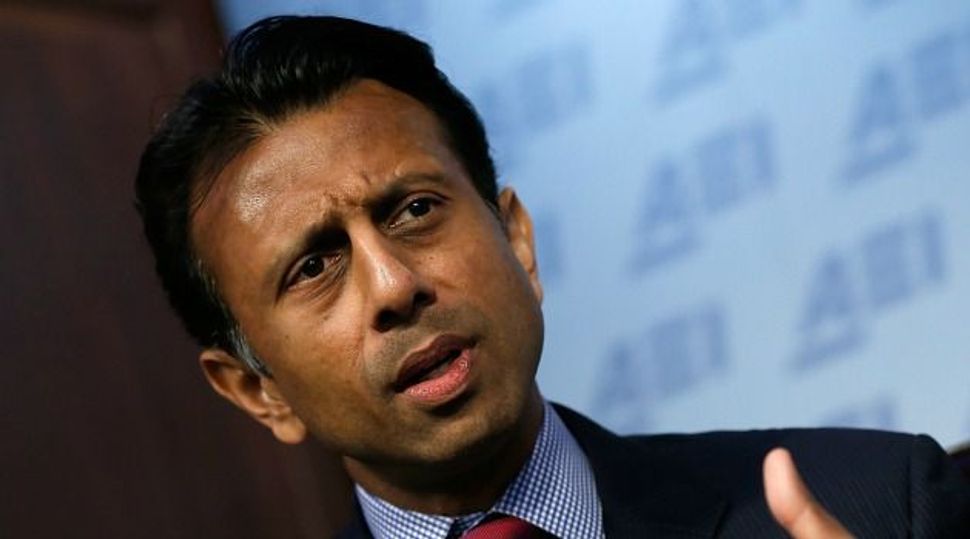 The tour to Israel sponsored by the Family Research Council, a conservative policy and lobbying organization based in Washington, is scheduled for Oct. 27-Nov. 6.

“This will be a unique, one-of-a kind tour where you will not only explore the land of the Bible and the roots of our Christian faith, but you will hear directly from some of Israel’s political and religious leaders,” the council’s president, Tony Perkins, said in an announcement of the trip issued on Friday.

The trip already has come under fire from People for the American Way, an advocacy group that monitors what it characterizes as “right-wing” activities. The group wrote on its website that “Jindal and Santorum’s decision to travel to Israel with FRC may raise eyebrows, given the group’s history of making dismissive comments about American Jews and expressing hope that Jews in Israel will convert to Christianity.”

Perkins “once attacked the ‘Jewish lobby’ for its ties to Democratic elected officials, lamenting that Democrats ‘enjoy the money coming from the Jewish community,’” People for the American Way said.

Earlier this month, Republican National Committee members visited Israel in a trip that launched controversy for being sponsored by the conservative groups American Renewal Project and the American Family Association. The Anti-Defamation League said the American Family Association promoted anti-Muslim, anti-LGBT and anti-Mormon hate, while the Southern Poverty Legal Center called the AFA a “hate group.”