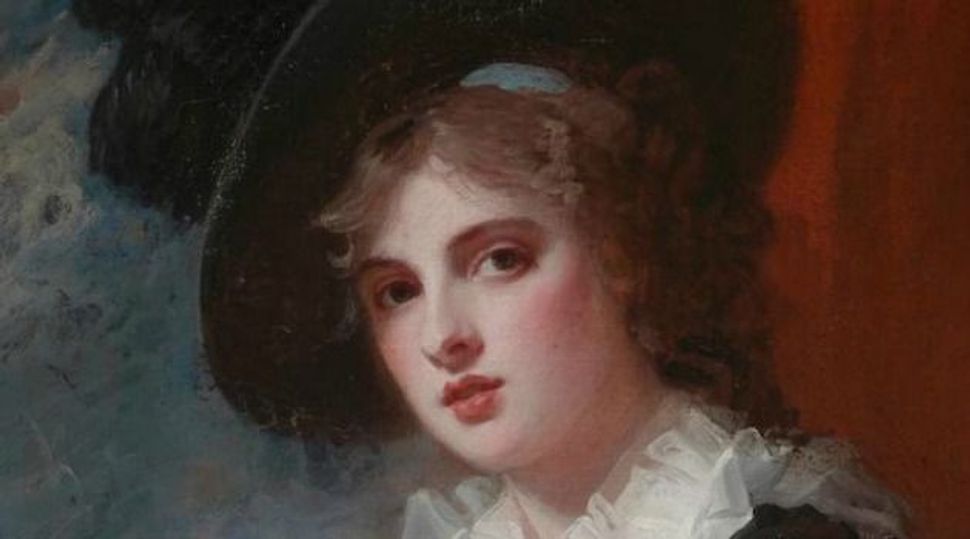 The donation of 186 objects from the original collection of Alphonse and Clarice de Rothschild of Vienna of the famed Jewish banking dynasty was made by Bettina Burr, a granddaughter of the baron and baroness. Many of the works were seized in 1938 following the Anschluss, or annexation of Austria to Nazi Germany, according to the museum.

As heiress to the collection, Burr’s mother, Bettina Looram, spent decades pursuing the art from the Austrian Ministry of Culture, which in 1999 reversed its earlier decisions, returning the 250 pieces of art to the family. Many of the works were sold at auction, but some objects of personal significance were kept back, many of which have now been given to the museum.

The gift includes European decorative arts, furniture, prints, drawings, paintings, personal objects and jewelry, including an emerald and diamond Art Deco brooch that Alphonse Rothschild gave to his wife as a 25th wedding anniversary gift. Among the paintings is “Portrait of Emma Hart,” later Lady Hamilton, by the English artist George Romney.

“Through my mother’s tenacity and courage, 60 years after the 1938 Anschluss, these works were returned to my family,” Burr, a museum trustee, said in a statement. “Now, as my mother would have wished, I am delighted that this collection will stay at the MFA for as long as I can envision.”

“This gift allows us to tell, in a very moving way, one of the saddest stories of the Second World War, and the story of Bettina’s mother and her long pilgrimage to set history right,” he said.

An exhibit of some of the collection goes on view from March 1 to June 21, and will include material that addresses how curators traced the provenance of the art.