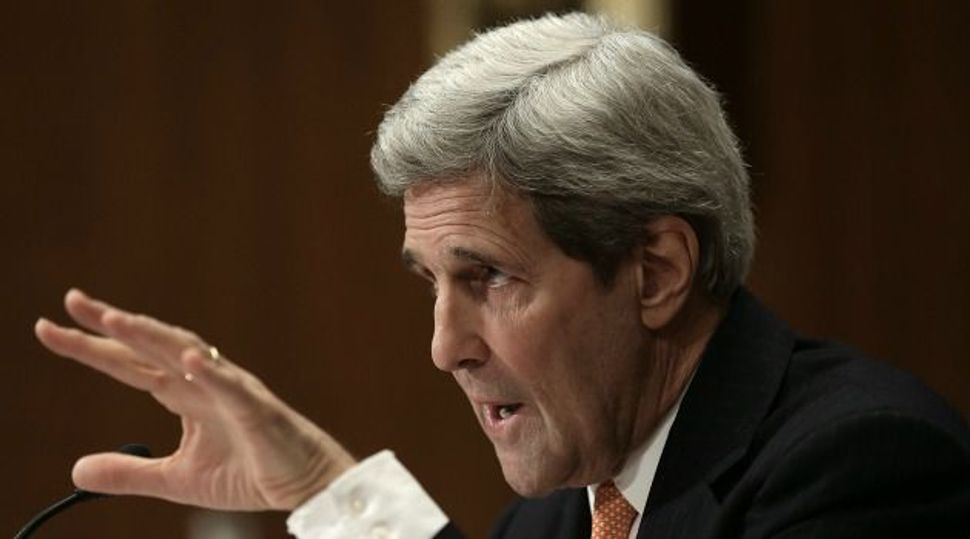 Secretary of State John Kerry on Tuesday took a veiled swipe at Israeli Prime Minister Benjamin Netanyahu, saying critics of an emerging nuclear deal with Iran did not know what they were talking about.

Speaking to U.S. lawmakers, Kerry also said he expected to know soon whether Iran was willing to craft an “acceptable, verifiable” plan that would satisfy major powers that it is not seeking to develop a nuclear weapon.

Netanyahu, who is scheduled to make a speech before a joint session of the U.S. Congress on March 3, has described the agreement under negotiation with Iran as a “bad deal,” and said he would do what he could to prevent it.

“Anybody running around right now jumping in to say, ‘Well we don’t like the deal,’ or this or that, doesn’t know what the deal is. There is no deal yet,” Kerry said. “And I caution people to wait and see what these negotiations produce.”

Kerry’s comments were the second time in recent days in which the Obama administration, irked that Netanyahu’s speech to Congress was set up initially without their knowledge, has criticized Israel over Iran.

Last Wednesday, the White House accused Israel of distorting its position in the Iran nuclear talks through selective leaks, intensifying tensions before Netanyahu’s visit to Congress.

The six major powers negotiating with Iran have set the end of March as a deadline to reach a framework, political accord on the nuclear issue and Kerry suggested there may soon be clarity on whether one is possible.

“We expect to know soon whether or not Iran is willing to put together an acceptable, verifiable plan,” Kerry told lawmakers at a hearing on the U.S. Department of State’s budget.

The United States and five powers – Britain, China, France, Germany and Russia – are seeking to negotiate an accord with Iran to restrain its nuclear program in exchange for sanctions relief. Washington suspects Iran may be trying to develop nuclear weapons. Iran, however, has said its program is for peaceful purposes.

Netanyahu’s upcoming visit has angered President Barack Obama’s aides because it was arranged by Republican House Speaker John Boehner and Israel’s ambassador in Washington without the White House initially being consulted.