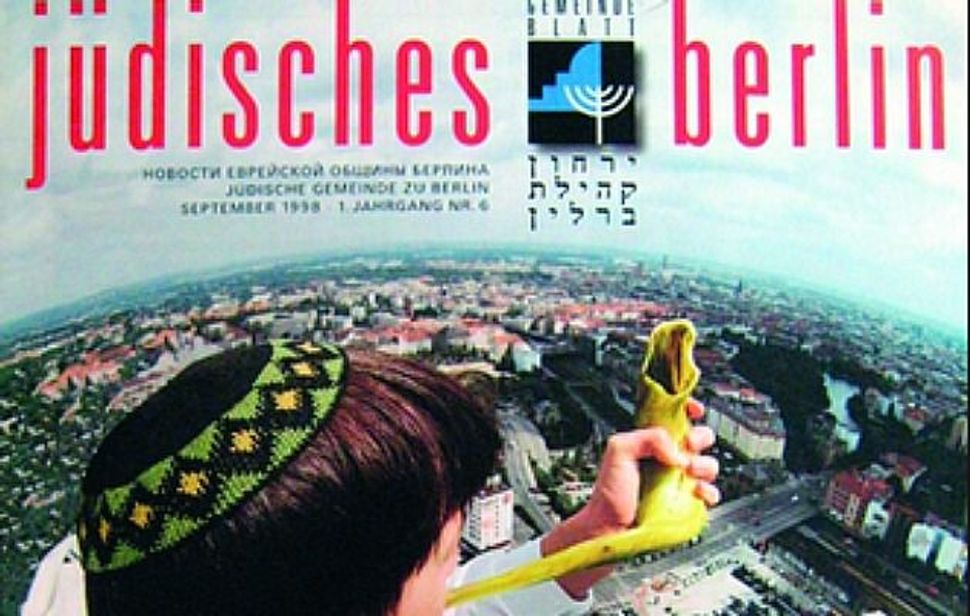 The magazine Jüdisches Berlin, or Jewish Berlin, is taking the measure, which will hide the publication’s name, as a response to recent anti-Semitic attacks across Europe.

“We decided to do so despite the significant additional costs to reduce the likelihood of hostility towards our more than 10,000 community members,” the magazine spokesman told Berlin’s Tagesspiegel newspaper.

The Guardian reported that in a foreword to the latest issue of Jüdisches Berlin, Gideon Joffe, chairman of the Board of the Jewish Community of Berlin, Germany’s largest Jewish communal organization, wrote: “Israelis are beaten up in Berlin solely on the grounds that they are Israeli Jews. We are not yet – I repeat yet – at the stage where Jews are being murdered in Germany just because they are Jews. But measures have to be taken to protect the democratic rule of law.”

Germany is home to nearly 200,000 Jews and the number of Israelis migrating to Germany has increased in recent years.

Earlier this year, a Jewish man was beaten in a Berlin train station after he asked a group of men to stop singing anti-Semitic songs.

After the recent attack on a Copenhagen synagogue, German chancellor Angela Merkel said that Germany will do everything in her power to keep the country’s Jewish community safe.

Judisches Berlin, which features articles on Jewish life in Germany, was first published in 1998 and is issued 10 months of the year.