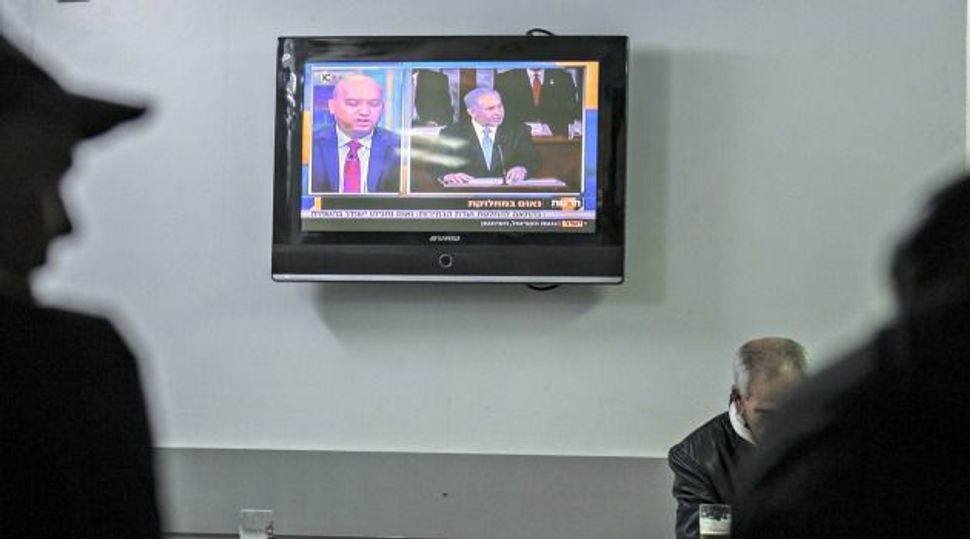 Prime Minister Benjamin Netanyahu may have made an argument that many Israelis support in warning Congress on Tuesday about a potential nuclear deal with Iran, but critics asked whether it was worth the widening rift with the White House.

The address was broadcast live on Israeli television and radio, and came at a politically sensitive time – just two weeks before a closely contested election in which Netanyahu is seeking a fourth term.

Israeli political commentators called it a polished performance by the U.S.-educated politician, but agreed with President Barack Obama’s assessment that Netanyahu offered nothing new in his criticism of U.S.-led talks with Iran.

No snap polls were published immediately after the speech. But a series of standing ovations in Congress, where the Republican invitation to Netanyahu angered Democrats, could provide rousing commercial spots for his campaign.

Such showcase moments, critics said, were his real motivation for going to Washington, allegations denied by officials of his right-wing Likud party.

Netanyahu could use a boost: an opinion poll released several hours before the speech gave the center-left Zionist Union 24 seats to 21 for Likud in the 120-member parliament.

But even facing that margin, Likud still seemed to have the advantage with its likely ability to enlist enough political allies to form a governing coalition.

Listening to Netanyahu’s address, one patron in a Tel Aviv cafe said he made a good case in arguing against what the prime minister called a deal between Iran and six world powers that would fail to stop Tehran from developing nuclear weapons.

“I think that this speech helped us a lot,” said Yoni Yanai, a Tel Aviv resident, adding that Netanyahu showed U.S. legislators that “a different solution, a different deal is needed.”

Another customer, Karni Mazali, disagreed, saying: “I think that Bibi’s speech cannot help the relationship between Obama and Israel. It can only do damage.”

That sentiment was echoed by Zionist Union leader Isaac Herzog, Netanyahu’s main challenger in the election, who delivered his formal response to the speech during a campaign visit to a farming community on the Gaza border.

“Let’s be honest, the speech we heard today was impressive, but as impressive as it was, it won’t stop the Iranian nuclear program, nor will it influence the burgeoning agreement, neither in content nor in schedule,” Herzog said.

“The painful truth is that after the applause, Netanyahu is left on his own, Israel is left isolated and the negotiations with Iran will continue without Israeli involvement.”

Obama told reporters he saw nothing new in Netanyahu’s address and that the Israeli leader had offered no viable alternatives to negotiations with Iran.

Obama urged Congress to wait to evaluate a nuclear deal with Iran until a deal is reached. He repeated that he would agree only to a deal that prevents Iran from getting a nuclear weapon.