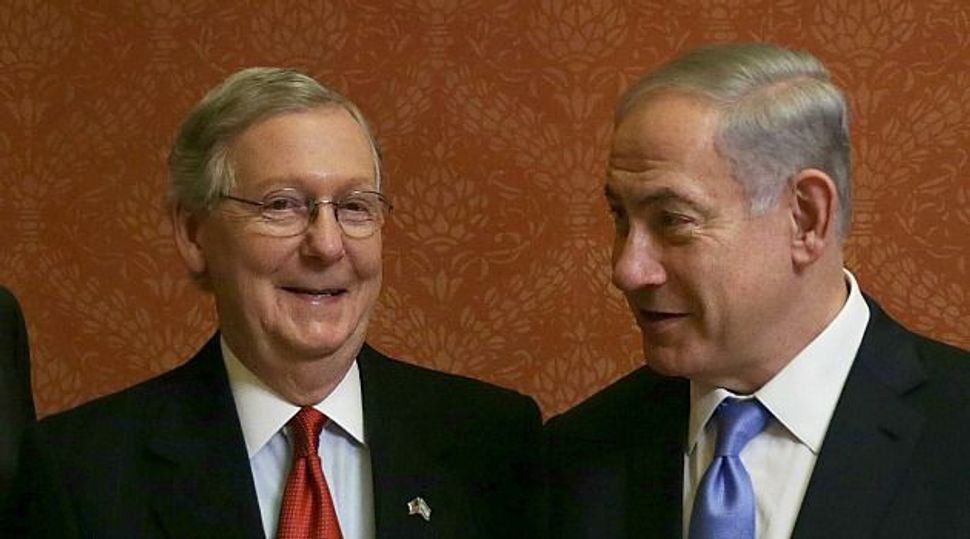 Senate Majority Leader Mitch McConnell said on Tuesday the Senate would begin debate next week on a bill that would require President Barack Obama to submit any final nuclear deal with Iran for approval by Congress.

McConnell, a Republican, told his weekly news conference that he intended to have the bill debated and potentially voted on in the Senate next week. His remarks set up a potential showdown with Democrats, who want to allow more time for negotiations with Iran.

“We think the timing is important,” McConnell said. “We think it will help prevent the administration from entering into a bad deal. But if they do, it will provide an opportunity for Congress to weigh in.”

McConnell was speaking shortly after Israeli Prime Minister Benjamin Netanyahu warned the United States it was negotiating a bad deal with Tehran.

The White House has said Obama would veto the Iran Nuclear Review Act, which was introduced by Republican Senator Bob Corker, chairman of the Senate Foreign Relations Committee, and Democratic Senator Robert Menendez, the top Democrat on the panel.

The measure would give Congress 60 days to consider, and potentially reject, a deal after it was announced. It is more popular with Democrats than legislation to impose tougher sanctions on Tehran and thus might stand a better chance of winning enough votes to survive a veto.

Menendez said later on Tuesday that he would vote against a motion to move the bill ahead because he was angry at McConnell for rushing it to the floor, which would bypass the normal committee review process.

“I am more than disappointed. I’m outraged,” Menendez said in a Senate speech.

Harry Reid, the top Democrat in the Senate, suggested that lawmakers wait to debate the bill until they know what has happened in the talks.

Iran and international powers have set a deadline of late March to reach a framework agreement and June for a comprehensive final settlement. The powers want to curb Iran’s nuclear program to ensure it cannot develop an atomic bomb, and Iran wants crippling economic sanctions to be lifted.

The Senate may also consider within weeks a bill to impose stricter sanctions on Iran. That measure also faces a veto threat. The administration says any attempt to toughen sanctions now could prompt Iran, and possibly other countries involved in the talks, to give up on negotiations.