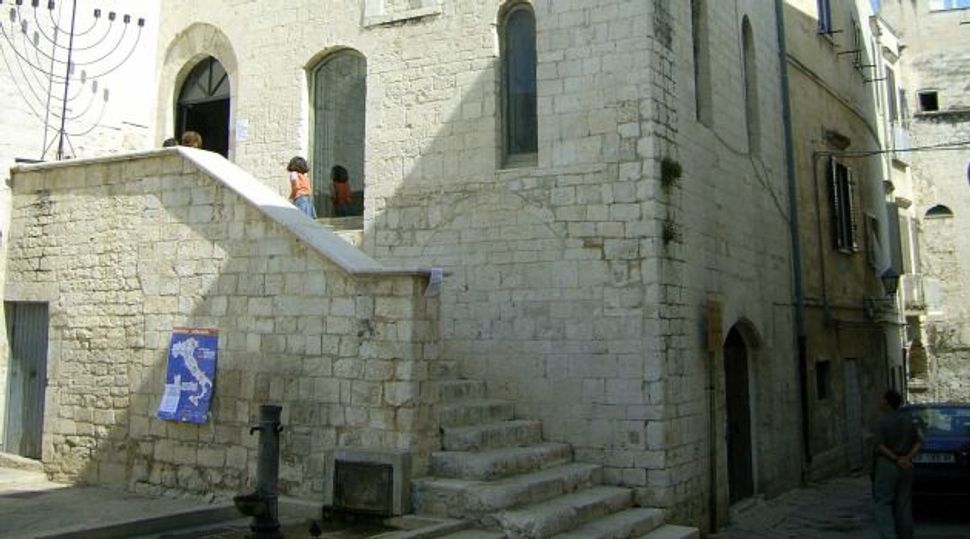 The Italian city of Trani celebrated the reopening of the medieval Scolanova Synagogue.

Built in the 13th century, the synagogue was confiscated by the Catholic Church a few decades later during a wave of anti-Semitism and converted for use as a church. The synagogue, which had been empty and disused since the 1950s, was desanctified as a church in 2006 and returned to the Jewish community.

The Trani Jewish community was founded in the 12th century and quickly flourished religiously and culturally. Spanish conquerors took over between 1510 and 1541 and forced the Jews to convert or leave southern Italy. Today, a few dozen Jews live in the Apulia region.