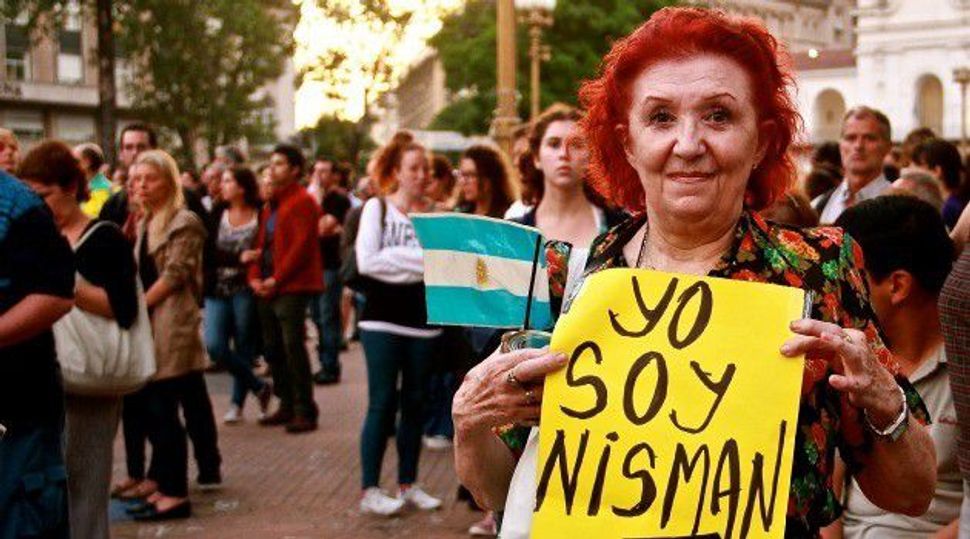 Forensic tests on the body of an Argentine state prosecutor who died days after accusing President Cristina Fernandez of plotting to cover up Iran’s alleged role in a 1994 bombing indicate that he was murdered, his ex-wife said on Thursday.

Argentine authorities have not released full results of Nisman’s autopsy, more than six weeks after he was found sprawled in a pool of blood in his flat. The few details made public so far have suggested suicide, although the lead investigator into Nisman’s death said she could not categorically say if he shot himself in the head or was killed.

“Nisman didn’t have an accident. He didn’t commit suicide. They murdered him,” Arroyo Salgado told a news conference. Nisman, 52, was the father of their two children.

Earlier on Thursday, Arroyo Salgado, who is a judge, deposited the forensic evidence behind her allegations at the state prosecutors’ office in Buenos Aires. She did not give details of the findings to journalists.

Fernandez has branded as “absurd” Nisman’s accusation that she sought to whitewash his investigation into the truck-bombing of the AMIA Jewish community center 21 years ago, and has said rogue state spies were behind his death.

Iran has consistently denied it was involved in the bomb attack, which killed 85 people.

A judge last week threw out the accusations against Fernandez. On Wednesday, however, the prosecutor who picked up Nisman’s case appealed that ruling, prolonging a scandal that has plunged Fernandez’s last year in office into turmoil.

Polls show two in three Argentines believe they will never know the truth about what happened to Nisman, who was found dead the day before he was to appear in Congress to discuss his criminal complaint.

“Up until now … there has been nothing which allows me to say categorically whether this was a suicide or homicide. Nothing,” Fein told the state-run National Radio.