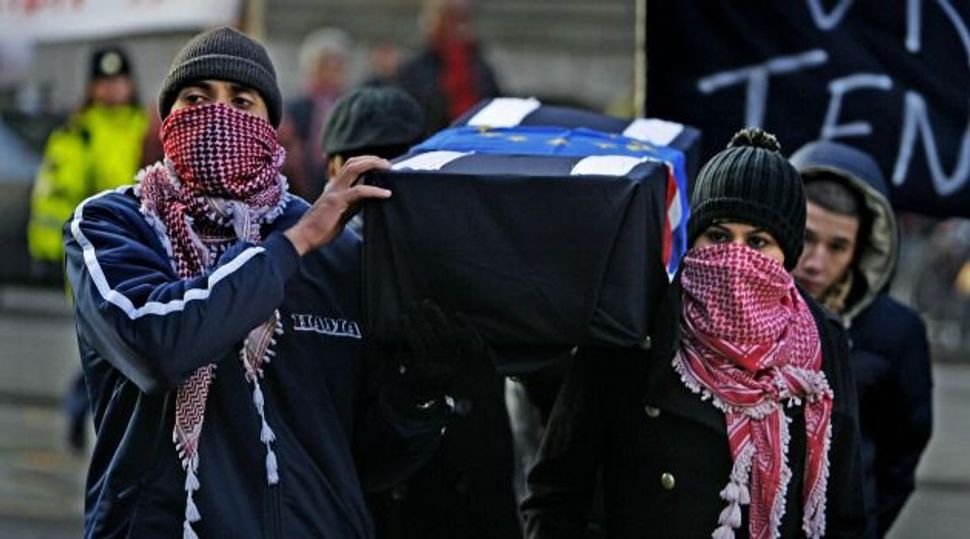 A number of Dutch schools refrain from teaching about the Holocaust because of resistance from Muslim pupils, teachers told lawmakers.

The centrist Christian Union party held a roundtable discussion about Holocaust education with teachers and other professionals Wednesday in parliament in The Hague, The Algemeen Dagblad daily reported.

“Holocaust survivor Bloeme Evers does not dare give guest lessons in some schools,” Arie Slob, the party’s parliamentary leader and a former history teacher, told the daily , describing the discussion. “I am horrified by this. It is unacceptable that 70 years after the Holocaust, anti-Semitism in the Netherlands is growing.”

Among the teachers in attendance was Wissam Feriani, a social studies teacher who works at a vocational high school in Amsterdam where approximately half of the students are Muslim.

Separately, Dutch police in the North Holland district are investigating a collector of World War II-era memorabilia who advertised on a Dutch website bars of soap that the seller said were made of human fat that Nazis had extracted from Jews murdered in the Holocaust. Forensic scientists sent the soap to be tested for human remains, the De Telegraaf daily reported on Wednesday.

Stories about the mass production of human soap, popular and believed to be credible in the years immediately after the Holocaust, were later debunked by Raul Hilberg, an Austrian historian and expert on the Holocaust, who traced the myth to rumors that circulated among Polish Jews in 1942.