Menendez Will Stick With Iran Bill Timetable Despite Corruption Charges 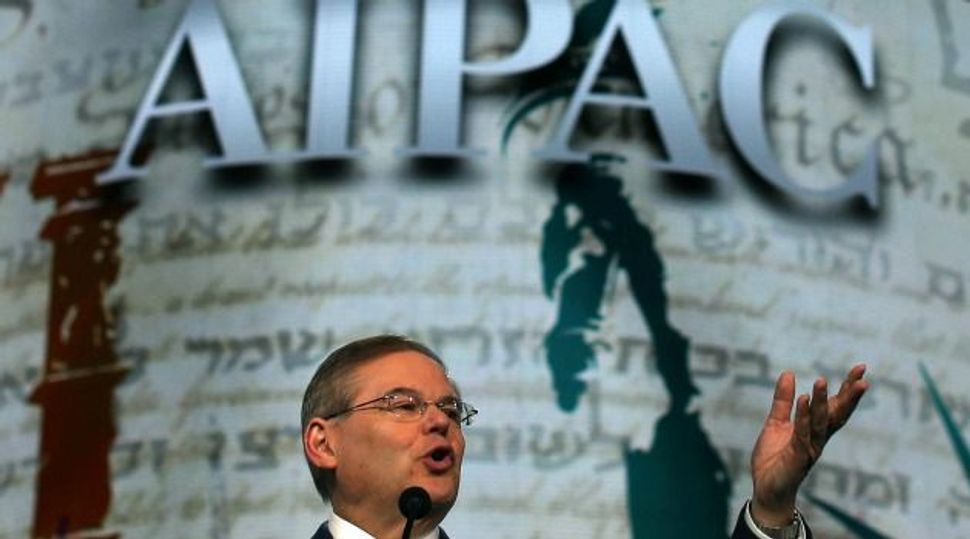 A spokesman for Sen. Robert Menendez (D-N.J.) said he would press ahead with two bills seeking a greater congressional say over Iran nuclear talks even as he faces corruption charges.

“The senator will continue to push forward on the pressing foreign policy issues of the day, to include the two Iran bills he co-authored, which are poised to move forward pending the outcome of the March 24th negotiating deadline,” Adam Sharon told Bloomberg News on Friday, the same day reports surfaced that Menendez faced charges.

Menendez is a lead sponsor of a bill that would add new sanctions on Iran should it walk away from nuclear negotiations under way with the major powers, and another that would subject any deal to congressional approval. He and other Democrats favoring the bills have agreed to wait out a March 24 deadline for a deal outline before advancing the legislation.

President Barack Obama has said he will veto both bills, arguing that they would scuttle negotiations by driving away the Iranians as well as some of the United States’ partners in maintaining sanctions on Iran.

The American Israel Public Affairs Committee made both bills a centerpiece of its annual conference last week, and Menendez was given a hero’s reception at the conference.

Menendez, the senior Democrat on the Senate’s Foreign Relations Committee, is, according to reports, alleged to have delivered political favors for a friend, Salomon Melgen, an ophthalmologist and businessman, in exchange for gifts.

Separately, seven Democrats in the Senate, led by Sen. Barbara Boxer (D-Calif.), introduced a bill on March 4 that would require administration reporting on Iranian compliance with a deal, but falls short of adding new sanctions or requiring congressional approval.

Menendez Will Stick With Iran Bill Timetable Despite Corruption Charges