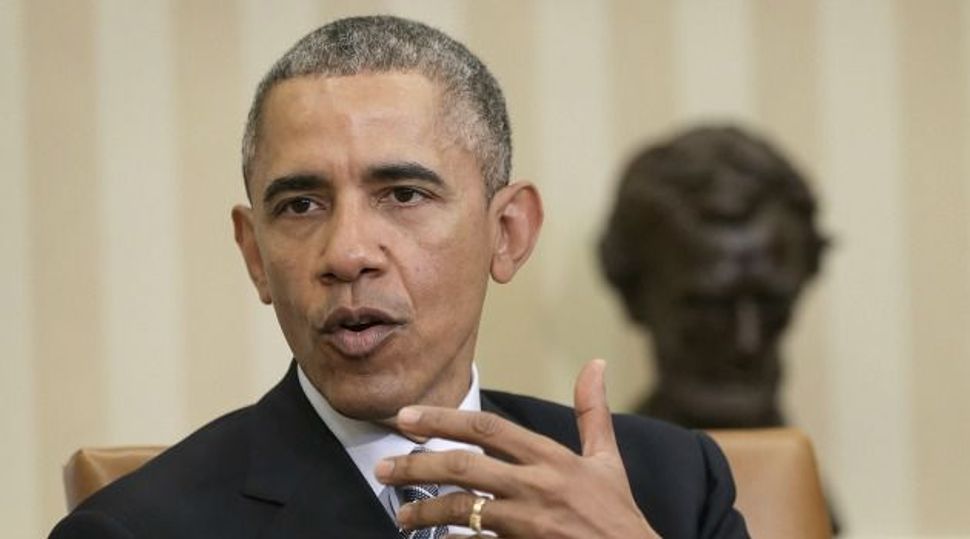 Republican U.S. senators warned Iran’s leaders on Monday that any nuclear deal with President Barack Obama could last only as long as he remains in office, an unusual partisan intervention into foreign policy that could undermine delicate international talks with Tehran.

The open letter was signed by 47 senators, all but seven of the Republicans in the Senate, and none of Obama’s fellow Democrats, who called it a “stunt.” It says Congress plays a role in ratifying international agreements and points out that Obama will leave office in January 2017.

They said they would consider any deal merely “an executive agreement” if it is not approved by Congress.

“The next president could revoke such an executive agreement with the stroke of a pen and future Congresses could modify the terms of the agreement at any time,” the letter read.

A White House spokesman called the letter a continuation of a partisan strategy seeking to undermine Obama’s ability to conduct foreign policy. He said it “certainly interferes” in efforts to negotiate a nuclear deal with Iran.

The Iranian Students’ News Agency quoted Foreign Minister Javad Zarif as saying: “It is propaganda and has no legal value … Change of the government does not mean cancellation of that country’s international legal obligations.”

A Western diplomat said the action was “without precedent.” “It’s 100 percent an American issue, but obviously it could become a real problem,” the diplomat said.

“This is a cynical effort by Republican senators to undermine sensitive international negotiations. It weakens America’s hand and highlights our political divisions to the rest of the world,” said Richard Durbin, the Senate’s number two Democrat.

The letter, first reported by Bloomberg, was the latest Republican effort to influence the Iran talks. Many Republicans worry Obama is so eager for a deal he will sign off on an agreement leaving Iran able to easily make a nuclear weapon.

Last week, Israeli Prime Minister Benjamin Netanyahu told Congress that Obama was negotiating a “bad deal” with Tehran after Republicans invited him to address Congress without consulting the White House or Democrats.

Republicans have also repeatedly tried to pass legislation the White House insists could undermine the talks.

World powers and Tehran are trying to reach a framework agreement this month, and a final deal by June, to curb Iran’s nuclear program in exchange for easing crippling sanctions. Iran denies its civil nuclear program is a cover for developing nuclear weapons.

The letter was spearheaded by first-term Senator Tom Cotton. Signers included all of the Senate’s Republican leadership, as well as possible 2016 presidential contenders Ted Cruz, Marco Rubio and Rand Paul.

A spokeswoman for Cotton said his office had invited several Democrats to co-sign but none had done so.

One Senate Republican who did not sign was Senate Foreign Relations Committee Chairman Bob Corker. Corker has introduced a bill that would require Obama to submit an agreement with Iran for Congress’ approval.

An aide to Corker said he had not signed because his focus is on getting a veto-proof majority to support his legislation, which is backed by both Republicans and Democrats.

The U.S. Constitution gives the executive branch responsibility for negotiating international agreements. Congress normally does not intervene with foreign leaders on matters being negotiated by the administration.