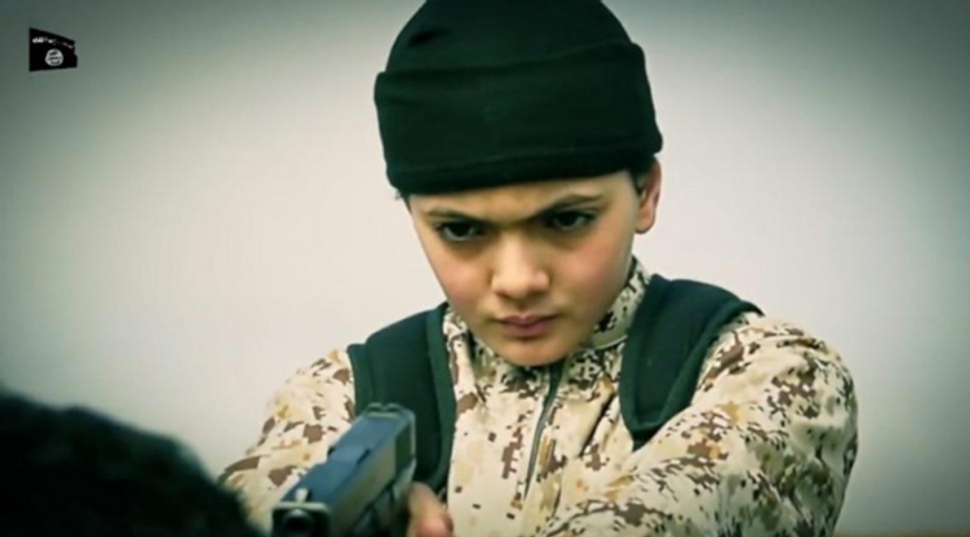 The video shows Muhammad Musallam sitting in a room wearing an orange jumpsuit, talking about how he had been recruited and trained by the Israeli intelligence service Mossad.

It shows Musallam being escorted to a field and shot by a child, described by an older, French-speaking fighter as one of “cubs of the caliphate.”

A French police source told Reuters the intelligence service believes the French-speaking fighter was Sabri Essid, the half-brother of Mohamed Merah, who killed three soldiers, a rabbi and three Jewish children before he was shot dead by police.

The source said they were also trying to determine whether the child was Essid’s son.

March 11 marks three years to the day since Merah began his 10-day killing spree in the Toulouse region of southwestern France.

The Interior Ministry declined to comment on the video.

Interior Minister Bernard Cazeneuve said in May Merah’s sister Souad was likely to have traveled to Syria with her children.

More than 400 French citizens have traveled to fight with militants in Syria and Iraq. More than 100 have returned home after fighting there, according to French officials.