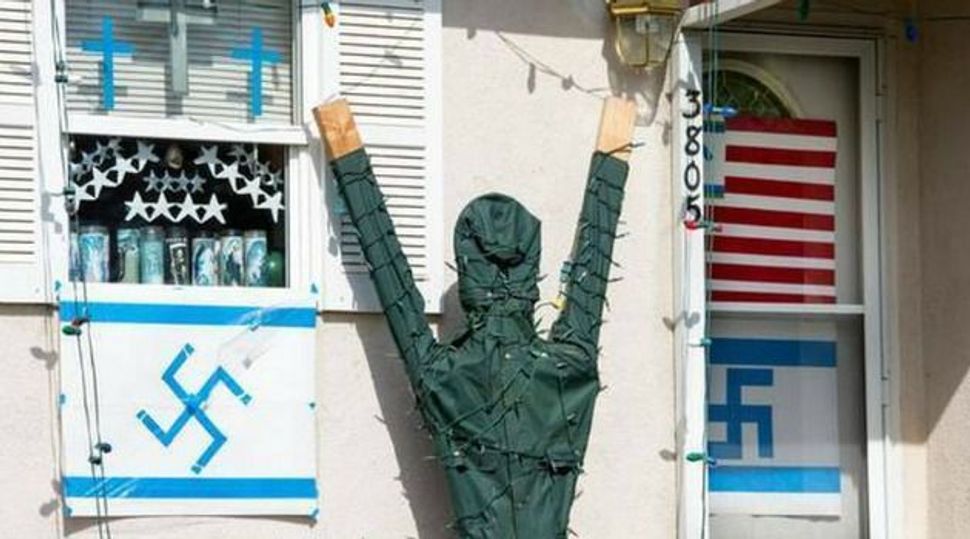 Students at two University of California campuses have passed resolutions condemning anti-Semitism after incidents on two UC campuses, including the painting of swastikas on the doors of a Jewish fraternity at UC Davis.

The UCLA Undergraduate Students Association unanimously passed a resolution on Tuesday amid controversy over the tough grilling of a Jewish candidate for a student office at UCLA in which student government representatives interviewing her questioned her ability to be impartial because of her religion.

At UC Berkeley, the student senate passed a resolution condemning anti-Semitism late last month, after the Davis and UCLA incidents had occurred.

“This represents an important step towards an inclusive and safe climate, especially in light of recent events,” UCLA student association president Avinoam Baral said on Wednesday.

The campus incidents, along with disquiet in Sacramento after a man in the River Park neighborhood festooned his house with swastikas imposed on an Israeli flag, have prompted worries in Jewish and civil rights circles in California that anti-Semitism may be on the rise.

On Monday, lawmakers of different faiths, several rabbis and the NAACP held a rally on the steps of the state capitol in Sacramento condemning anti-Semitism. Several hundred people attended.

Speaking at the rally, Darrell Steinberg, formerly the top Democrat in the state senate, called on all UC campuses to adopt resolutions condemning anti-Semitism as well as Islamophobia and racism.

He said he was concerned that legitimate disagreement with the policies of Israel had veered into acceptance of old prejudices against Jews.

“All too often, anti-Israel feelings serve as a shield for anti-Semitism,” said Steinberg, who is Jewish.

Tensions over Middle East politics are high on campuses in California, where some students and professors have called for divestment from companies doing business with the Israeli military.

Students at UC Davis voted in January to support such divestment, and last month, the undergraduate senate at Stanford passed a similar resolution.

The UC Berkeley resolution said “many incidents of anti-Semitism occur both inside and outside of the classroom on UC campuses.” It condemned the swastikas sprayed on the wall of the Alpha Epsilon Pi fraternity house at UC Davis and set up a committee to examine anti-Semitism on campus.