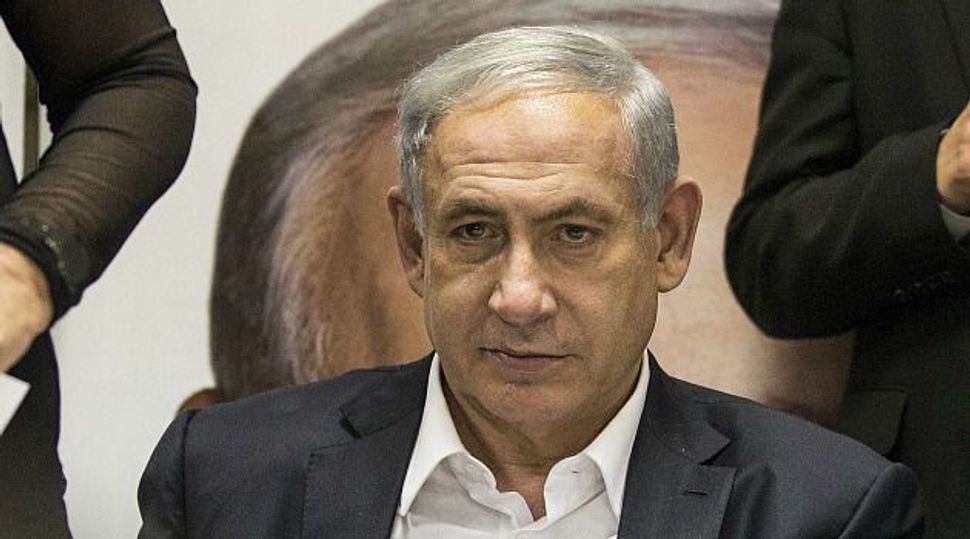 (Reuters) — Israeli Prime Minister Benjamin Netanyahu launched a last-minute media blitz on Thursday to counter what appears to be a rising tide of support for his main opponent in next week’s election, the centrist Zionist Union.

The latest opinion polls show momentum shifting to Zionist Union after weeks of running neck-and-neck with Netanyahu’s right-wing Likud, and the premier again warned voters who have abandoned his party for like-minded challengers that without their votes, he could lose.

Forecast to win up to 24 seats to Likud’s 21 in the 120-member parliament, Zionist Union hopes the gap will be wide enough to persuade Israel’s president to ask its leader, Labor party chief Isaac Herzog, rather than Netanyahu, to try to form a coalition government after Tuesday’s balloting.

“If we don’t close the gap in the coming days, there is certainly a risk that Tzipi Livni and Bougie Herzog will be the next prime ministers,” Netanyahu told Channel 2 in one of two primetime television interviews, using Herzog’s nickname.

Under his Zionist Union alliance with centrist Livni, Herzog would serve as Israel’s leader for two years and then hand over to the country’s most prominent woman politician for the remainder of their government’s slated four-year term.

Netanyahu also ruled out the possibility of forming a broad coalition after the election that would include a leadership rotation between him and Herzog.

In the right-leaning Jerusalem Post and the Israel Hayom free sheet, an ardent supporter, Netanyahu focused his message on Israelis who want him as prime minister but plan to vote for his potential partners in a Likud-led coalition.

Gilad Erdan, a Likud cabinet minister and Netanyahu confidant, said he expected the prime minister to give interviews to other Israeli media outlets in the next few days as part of an effort to bring “supporters of Likud and its ideological path back to their (rightful) home.”

In Israel Hayom, Netanyahu complained that “right-wingers mistakenly thought that I would be elected in any case, and therefore thought about supporting other parties.”

He told the Jerusalem Post that a Zionist Union-led administration “will cause such a monumental shift in policy that it is a danger, and anyone who wants to stop it has to vote Likud to narrow the gap.”

Likud’s weakening in the polls appeared to indicate that Netanyahu’s contentious speech on March 3 to the U.S. Congress against big powers reaching a potential nuclear deal with Iran had little impact on Israeli voters long accustomed to such warnings from a leader now in his third term.

Netanyahu’s opponents, while acknowledging the dangers of a nuclear-armed Iran, have made Israel’s high cost of living a focal point of their campaigns and cautioned against diplomatic isolation over his tough policies towards the Palestinians.

Netanyahu has kept the focus on security.

Herzog and Livni, he said in the Jerusalem Post, would “completely prostrate themselves to any pressure” to trade land for peace with the Palestinians and to accept an Iranian deal.

“Our security is at great risk because there is a real danger that we could lose this election,” Netanyahu said.